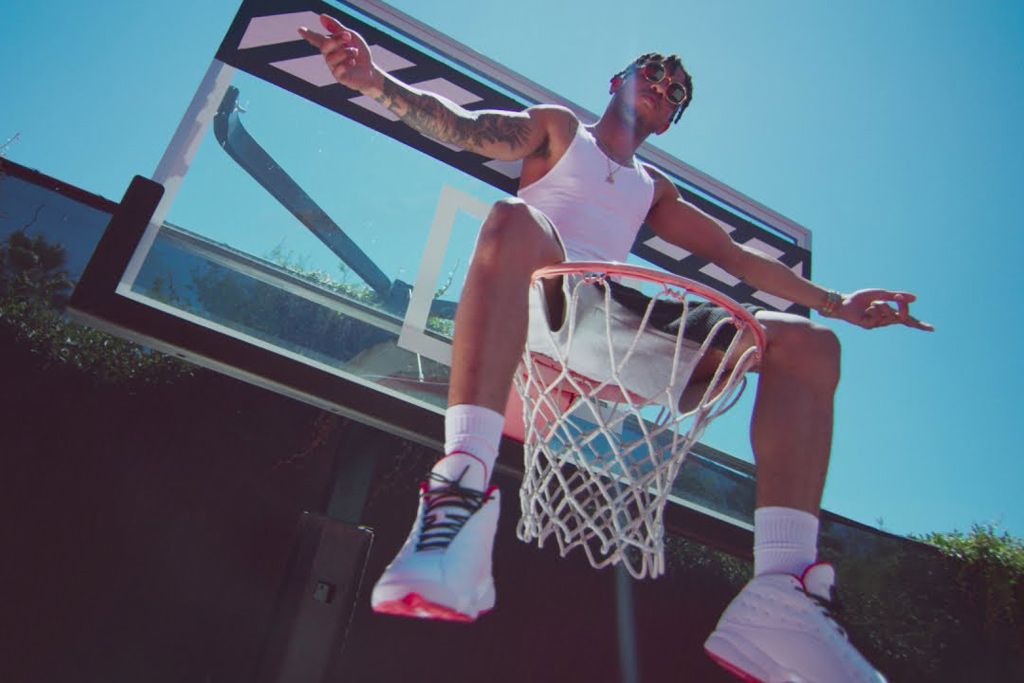 Tone Stith flexes some heavy choreography in the basketball themed music video for “Light Flex,” off the soundtrack to the comedy film UNCLE DREW.

The rising R&B singer rocks a Kobe Bryant high school jersey as he hits up a private basketball court with his crew. The fellas perform a dance routine together in center court and in additional scenes he sings and raps while sitting on the rim of a hoop.

The R&B / Hip Hip infused production contains elements reminiscent of ’90s Jock Jams. Tone handles the first verses and head-bobbing chorus singing: “It’s lit, alright / Promise you can catch me / Vibing all night / I ain’t playing no games / That’s what I like / Get it poppin’, 5 lanes / Oh, you know I’ma hit ’em with the light flex.”

2 Chainz, who appears on the song, is absent from the video so during his verse they continue their playful b-ball inspired dance moves.

Peep the video below.