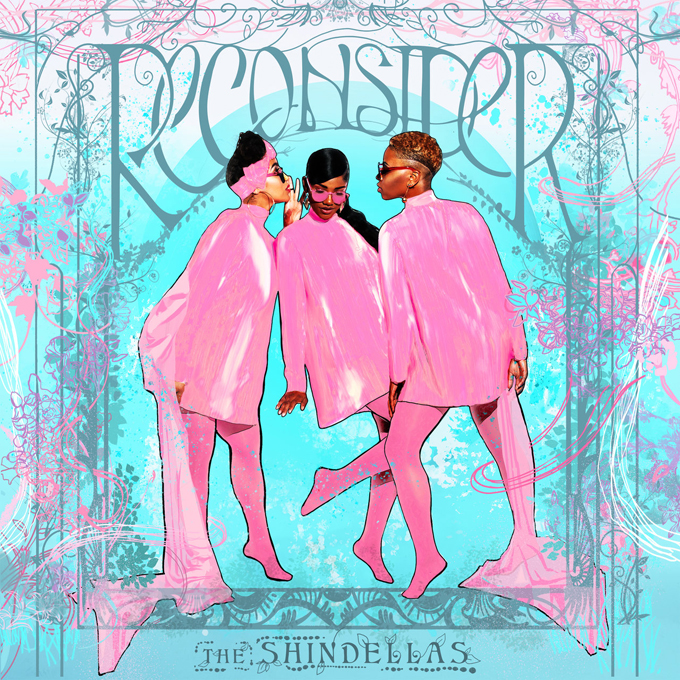 Written and produced by multi-Grammy nominated songwriting-production team Louis York a.k.a. Chuck Harmony and Claude Kelly (Janet Jackson, Rihanna, Bruno Mars, Fantasia), the single is a sassy, fun, and “find yourself in a good relationship” type of song. The songbirds hearken back to days of harmonizing groups as they sing lyrics like, “I don’t care who you love…If he don’t make you feel like a winner, Reconsider.”

“Creating a platform for better representation of black women in music is very important to us,” states Chuck Harmony and Claude Kelly. “We’ve heard the disrespectful opinions being shared on conference calls and in board meetings. We’ve seen what gets the green light and what doesn’t. We see the void in popular music. We’ve worked with the very best women in the music business so it’s only fitting that Louis York makes a statement…through art. That statement is THE SHINDELLAS! We hope people will really listen to “Reconsider,” love it and add it to their lifestyles.”

If you’re already a Weirdo Workshop fan, you’ve seen the ladies perform alongside Louis York in packed houses from Los Angeles, New York, Nashville, Chicago, and Atlanta among others. On Sunday (July 8), they will take the stage with Louis York at the 2018 ESSENCE Festival in New Orleans.

Take a listen to “Reconsider” below.