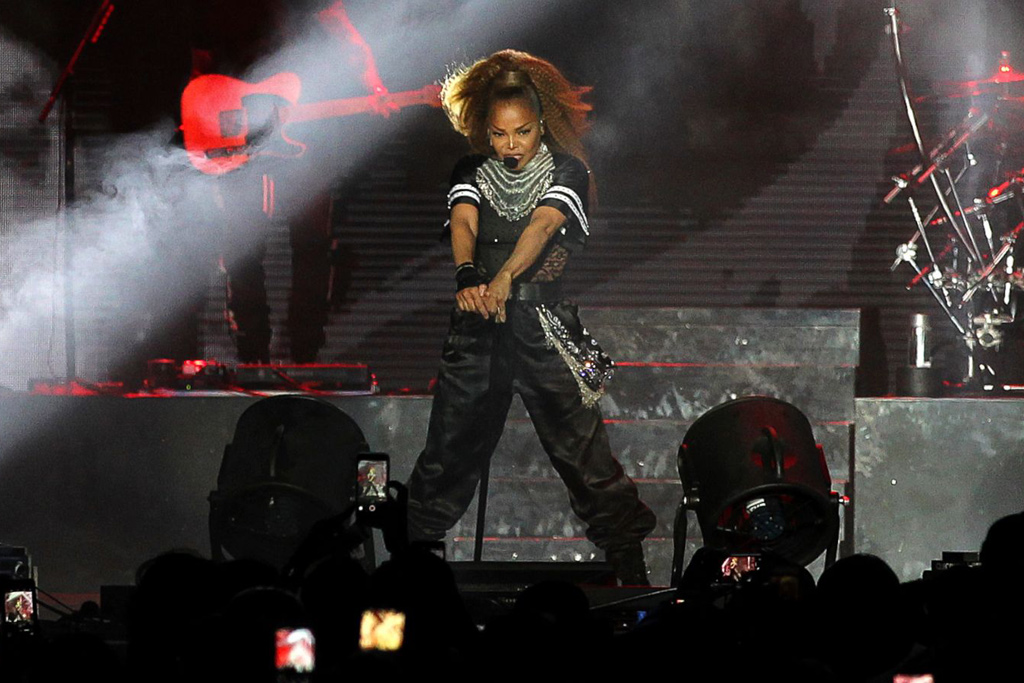 During her headlining set Sunday night (July 8) at ESSENCE Fest, Janet Jackson took a moment to speak with the audience about the recent death of her father, Joseph Jackson.

With a touching tribute in the middle of her high-energy set, the 52-year-old entertainer was moved to tears as she opened up about how she’s coping with the passing of the man who groomed she and her siblings for unimaginable success as a video montage of their intimate father-daughter moments played behind her.

“A little less than two weeks ago, my father passed away,” Janet said. “He was comforted by my family and me. Then I talked to my brother and we started to speak about my father’s strength. He was very strong. Without his drive, his strength, we wouldn’t have the success. We’re a black family that came from Gary, Indiana, and we broke all kinds of records around the globe. That’s truth.”

In an honest moment during her words about her father, she also opened up about contemplating whether or not to go through with the ESSENCE Festival performance after being overwhelmed by grief.

“You know it’s always difficult when you lose a loved one and to be quite honest it was really hard for me,” she continued. “I didn’t know what to do. I didn’t know how to move forward. If I should cancel this festival, cancel the entire tour.”

In the end, it was Janet’s siblings who proved a source of reassurance and encouragement for her and gave her the strength to push through to what was ultimately an unforgettable performance.

“My father was a great man,” she added, still speaking through tears. “And my brother, he asked me, he said, ‘If he were here right now, listening to this conversation, what do you think he would say to you?’ And I think my father would’ve said, ‘Janet, please. Finish what you’ve started.'”