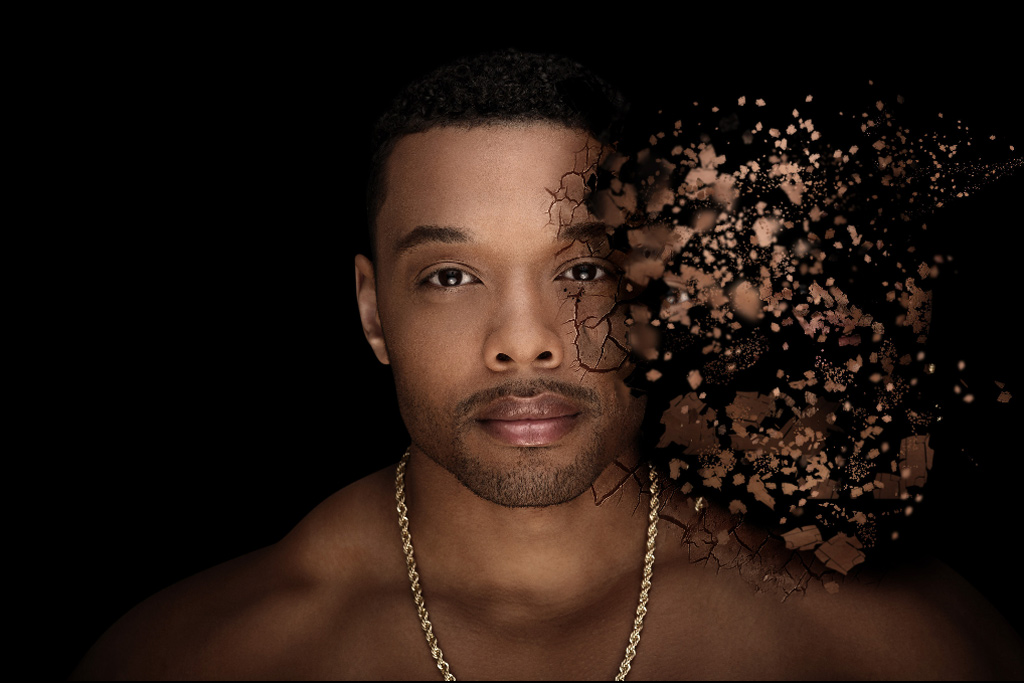 Chicago has been the nurturing base of many great talents from music to sports and across all the arts. The city’s robust history and culture breeds a strength and grit unique to it’s Windy City alias. The latest emerging artist to rise from the Chi is newcomer Face of An Artist, a singer/songwriter/rapper who recently caught our attention and is poised to be worthy of your watch list with his upcoming music.

At the end of 2017, Face made a strong introduction to his artistry with a double single pack of heavy, bass-driven R&B headboard bangers. Released through his independent label, Run The Play Entertainment, the songs “808” and “Pussy Power” are both helmed by multi-platinum producer Cam Wallace.

“I want to make thought-provoking music,” Face says. “I also want to touch people deeply; I want to make music anybody can identify with.” That is a common long-term goal for many artists, but FACE is clearly making a more bold, dominating introduction then heartfelt soul-bearing ballads with these releases. The first, “808” uses the heavy production styling to induce a throbbing proposition for a new love interest as he switches between R&B moments and well-crafted rap bars.

On the second track, “Pussy Power,” Face falls back from the sexual advances and more so advocates for the celebration of a woman’s strength. However, he still weaves in his desires and fantasies into the tribute, while bowing down. “Baby you’re my new religion I worship you,” he sings. “Do you offer salvation baby?”

With his next single, “Talk Dirty,” coming very soon, Face of An Artist is vying for seductive conquests as it evokes the soundscapes of 50 Shades of Grey. After giving us an early preview, it’s clear that the crooner is set to hit all the makings of a future star.

Take a listen to “808” and “Pussy Power” below and stay tuned for much more music from Face of An Artist coming soon.

Raised in Chicago, IL, Face of An Artist — like so many of the greats before him—cultivated his voice in the church as a young boy finding inspiration from already iconic voices in Gospel, R&B, and Hip-Hop. When asked who influenced him the most, he rattles off an impressive list: Fred Hammond, John P. Kee, Tank, Usher, Brandy, Kanye West, Twista, and John Legend, the majority of them having Chicago or Midwestern roots.

For more info visit www.faceofanartist.com and follow him on social media.