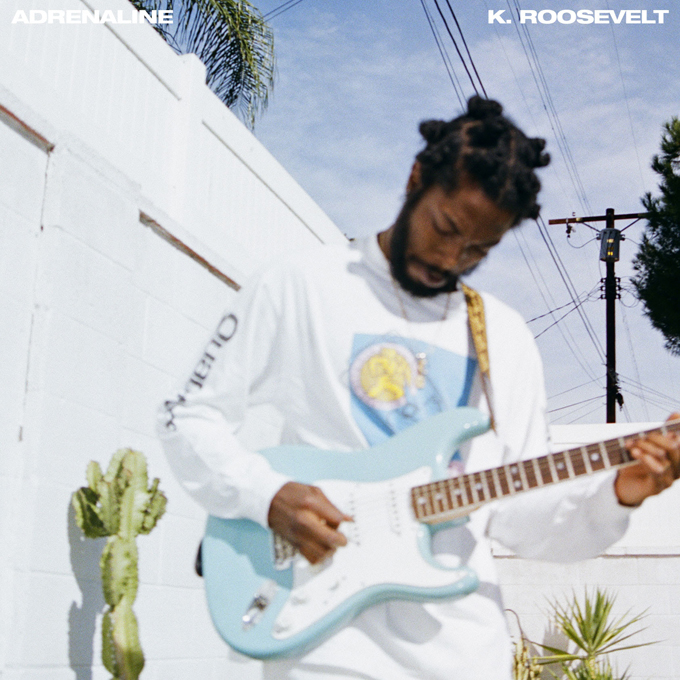 Los Angeles based singer, songwriter, producer K. Roosevelt has signed to Def Jam, and will release his first EP for the label on July 27. With the official signing announcement, the multi-talented artist has shared the first song and video off the project, “Adrenaline.”

As his sound and music continue to grow and evolve, the K. ROOSEVELT EP is said to pick up where he left off with 2016’s Neon Haze. Flowing melodies, driving drums, and gritty guitar tones populate the music in a powerful mix that evokes fond nostalgia and a myriad of euphoria-inducing emotions.

The stylings are evident in the new single with it’s ’80s movie era synths and driving guitar rhythm. The summery visual suits the retro vibes with a grainy film look as K. Roosevelt plays his electric guitar outside a California home, and in other scenes a group of his friends conjugate around a table to eat together.

“Used to say she’d cut me loose / If I played you like a fool,” he sings. “Either way I’ll come with you / Understand me, comprehend it / I just want to know the truth.”

The countdown to the July 27 begins today, but fans can expect the second track and video from the EP, “Blinding My Vision” on July 20.

Groove out to “Adrenaline” below.