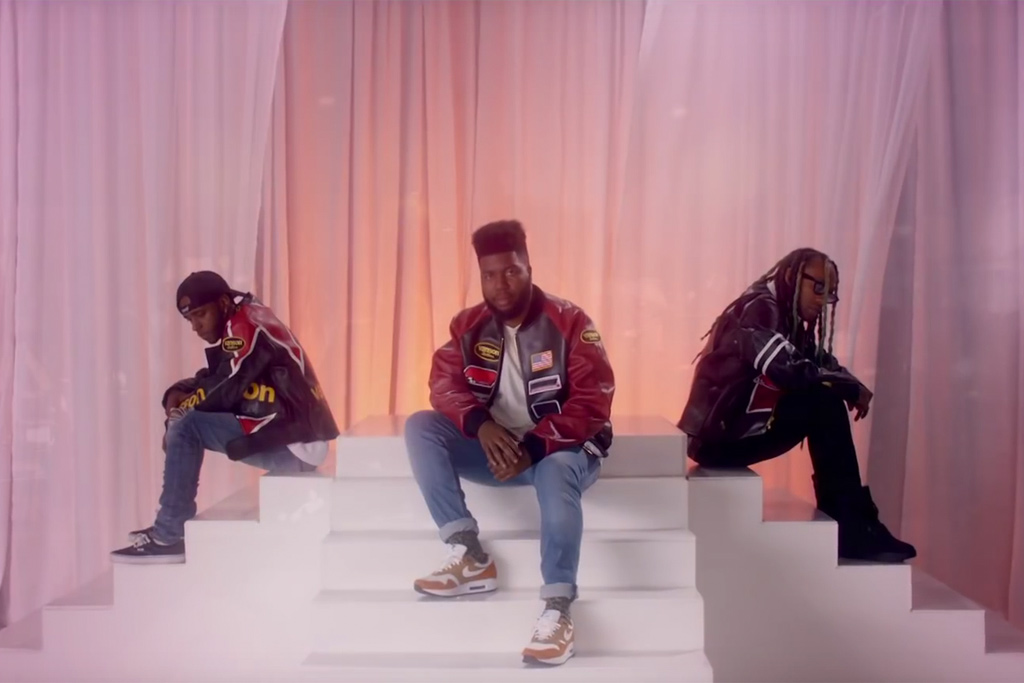 Directed by CALMATIC, the trio meet up in matching orange bomber jackets in the opening scene and progress to the streets to perform the melodic banger together. With a nod to cable music channels, the fellas are projected on a small screen television in the bedroom of some beautiful young ladies who are having a sleepover. The vibey track becomes the soundtrack to a date night among the girls and their guy friends who post up on various cars in the middle of an undisclosed street.

“Put it in drive, I’ll be outside, I’ll be on the way,” sings Khalid on the hypnotic chorus. “You can meet me in five / I’ll be your night, I’ll be all day.”

Ty Dolla pulls up for the second verse offering some seductive harmonies. “Drop top the Porsche / Put that bitch in sport,” he sings. “Out here in the field, I’m already here / Come outside, lookin’ like a snack, hurry up get in.”

6LACK then delivers his standout third verse. “This a Porsche, not a ‘Vette,” he brags. “I confess, I’ma flex till they show some respect / Get away so we can make sense of your life / You was in park, but I just put your shit in drive.”

Khalid recently wrapped up his third sold-out North American headlining tour. He is currently working on his much-anticipated sophomore album. Press play on the “OTW” video below.