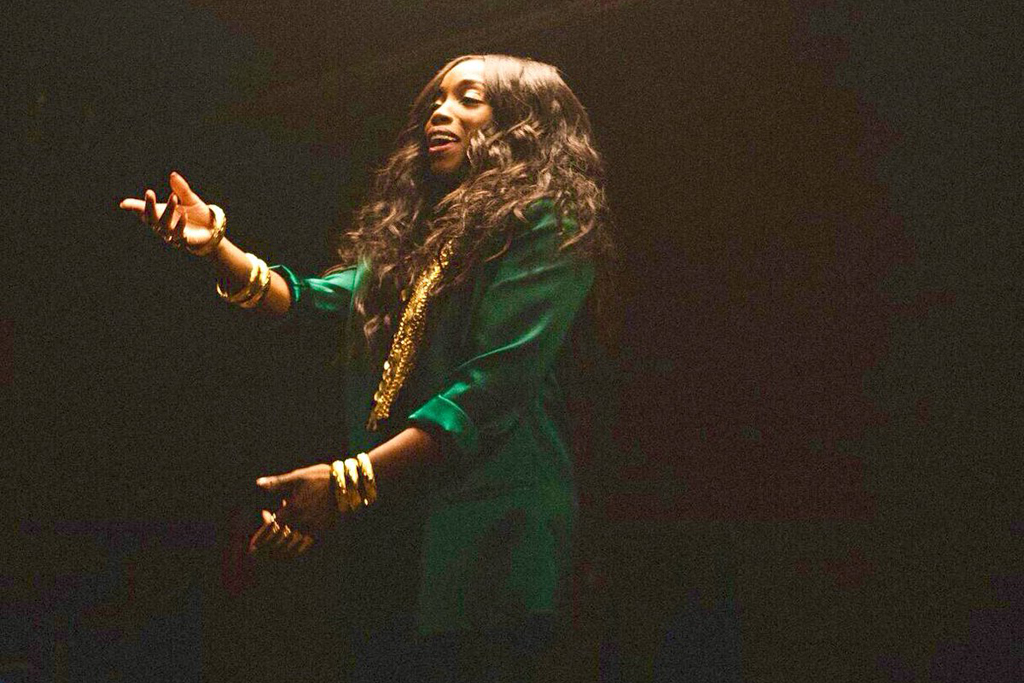 Earlier this month, Estelle surprised us with the hot new single “Better.” The infectious blend of R&B and Dancehall is the second release off her anticipated and long-awaited new album Lover’s Rock.

Today, the British songstress debuts the song’s official music video. Simplistic and shot in a dark photo studio setting, the visual is sensual enough to compliment the Harmony Samuels-produced track. Wearing a blazer and draped in gold necklaces, Estelle sings out to her love interest who the cameras pan to reveal a chiseled shirtless man.

Confident in her abilities, Estelle lets him know that she has the best he’ll ever have.

“We can get comfortable, I’ll get you comfortable,” she sings. “I’ll show you something / Twist up that antidote / Show me that animal / Go head and give it all to me baby.”

Due out in September, Estelle’s forthcoming album is said to fuse her signature R&B and hip-hop sound while paying homage to her Grenadian roots as she not only concentrates in reggae, but also embraces Afro-beats and Soca music.

Check out the video for “Better” below.

Listen: B5 Return with New Single "Do That"

Watch: Tink Goes "M.I.A." With Her Boo in New Video