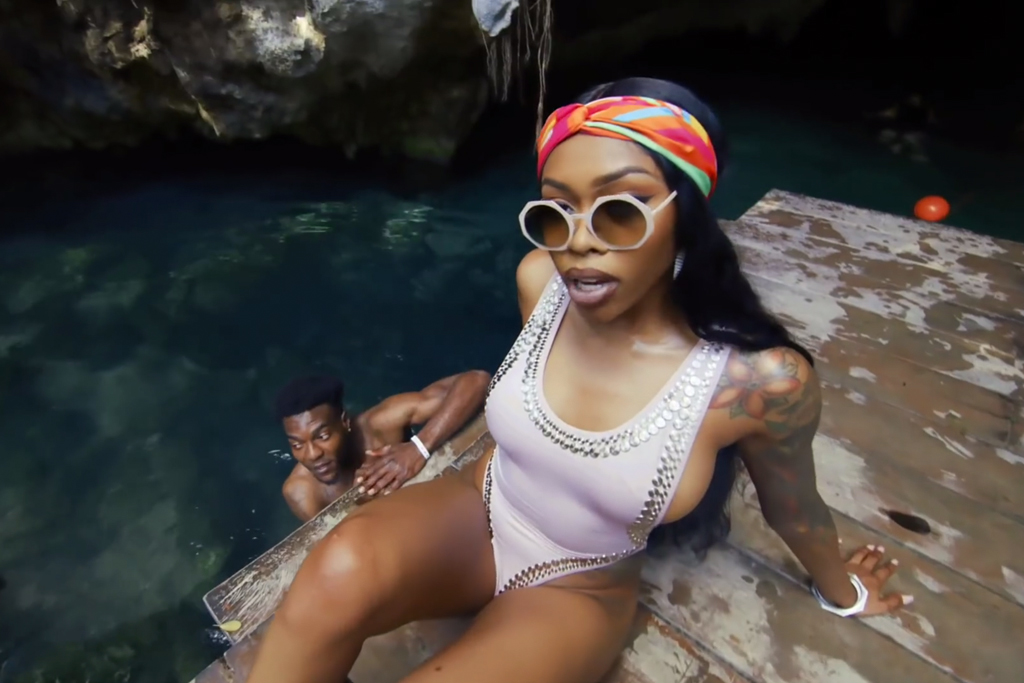 Tink was M.I.A. from music for a brief hiatus last year, but this past March the singer/rapper returned–to the praise of fans everywhere–with the stellar EP ‘Pain & Pleasure.’ The project was her first commercially released body-of-work, and her first since parting ways with Timbaland and Epic Records.

Today, the Chicago native premieres a cinematic music video for the song “M.I.A.,” which she shot in Mexico.

“I’m just kind of singing about being M.I.A. with your boo. You know, going on vacation and getting lost in time,” Tink tells Noisy about the visual.

The Damien Sandoval-directed video opens in Chicago, with two police officers surveying the neighborhood with wanted posters looking for Tink and Bart, a modern day Bonnie and Clyde of sorts.

“He had the idea of a couple robbing a bank on a Bonnie and Clyde vibe, and we kind of just get lost in Mexico,” she explains. Tink brought in The Chi’s Bart Fitzpatrick as her co-star, who she met at a house party in downtown Chicago seven years ago. “With all that he’s doing on the show, I just wanted to reach out and show love to Chicago,” she says. “You know, just bringing everybody up with me that I can.”

Join in her island getaway below.