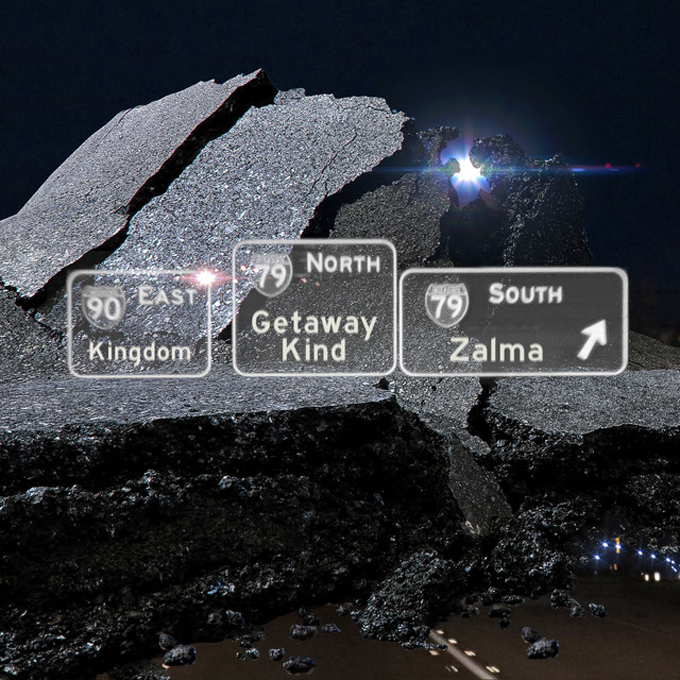 Los Angeles based producer Kingdom (SZA, Kelela, Syd) connects with up-and-coming singer Zalma Bour on the striking new single “Getaway Kind.” A somber, slinky production surrounds the track, which is the first single from Kingdom (aka Ezra Rubin) since his critically-acclaimed 2017 album Tears in the Club. The single also comes on the 7th anniversary of his label Fade to Mind.

The electro-R&B production is laced with an effect fueled flute as Zalma’s airy vocals add a soft, complimentary layer over the top.

“I love the way flutes sound almost like a human voice,” Kingdom tells PAPER. “I met Zalma through a mutual friend. He brought her by my studio late on a weekend night and the moment I heard her music I was inspired. I love how she writes: very fast, twisting words to give them double meaning, and adding unexpected harmonies and backing parts that make everything she touches so textured.”

The songstress returns the compliments and admiration. “Kingdom is pretty fearless in trying new sounds and experimenting and that’s one of my favorite things ever,” she says. “I heard this track in particular and loved it right away. The flute line actually reminds me of one you’d hear in a traditional Eritrean or Ethiopian song, since my family is from Eritrea. I was especially geeked to write to the track.”

In addition to the new single, Kingdom is also celebrating his label anniversary with parties in New York (July 14) and Los Angeles (July 21).

Take a listen to “Getaway Kind” below.

New Music: Jacob Banks - In The Name Of Love

Author Dai PoolePosted on November 29, 2020
Acclaimed vocal coach Stevie Mackey is adding some soul to Christmas this year with his festive debut album, The Most Wonderful Time. While Stevie is...
Read More