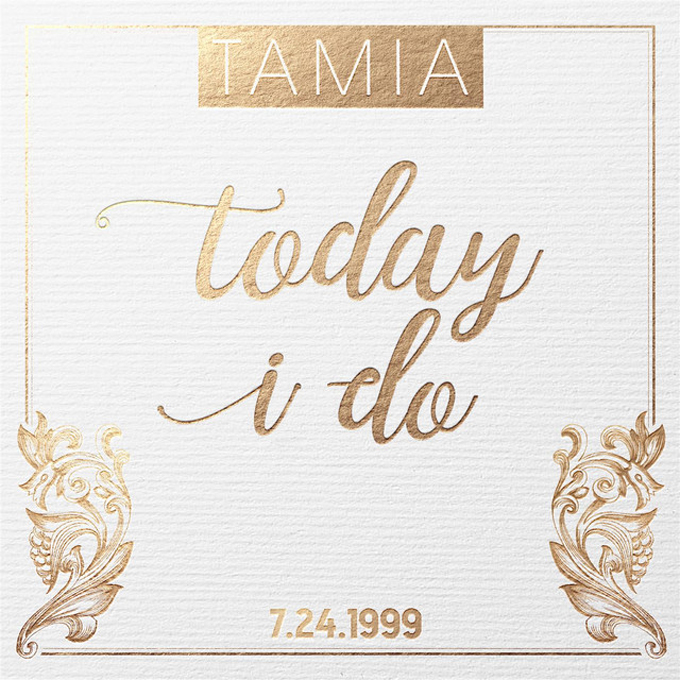 Today (July 24), Tamia and Grant Hill celebrate their 19th wedding anniversary. The power couple bring fans along for their special day with the debut of the singer’s brand new single “Today I Do,” off her anticipated new album Passion Like Fire.

The video features an intimate look into the couple’s nuptials with original footage from their special day. Tamia and Grant’s relationship has been an American fairytale, which unfolded in front of fans climaxing with them saying “I Do” at the altar in 1999. They both recently appeared on the second season of OWN’s “Black Love” highlighting moments of their life together.

“I went into the studio with Lil’ Ronnie and Sickpen with the intention of writing a wedding song. I envisioned a bride walking down the aisle,” states Tamia. “A wedding day is such a special moment in people’s lives and I wanted to write a song that could soundtrack that moment. The power of a love song never dies. It’s timeless.”

Tamia’s seventh studio album, Passion Like Fire is due out September 7 via 21 Entertainment Group/Plus 1 Music Group/Entertainment One. In addition, the songstress has announced her 23-city “Passion Like Fire Tour,” which kicks off September 18 in Cleveland, OH and culminates October 26 in Brooklyn, NY. The tour will travel across the country making stops in Los Angeles, Nashville, Chicago, Houston, and more. For more information visit www.tamiaworld.com.

Watch the touching video for “Today I Do” below.