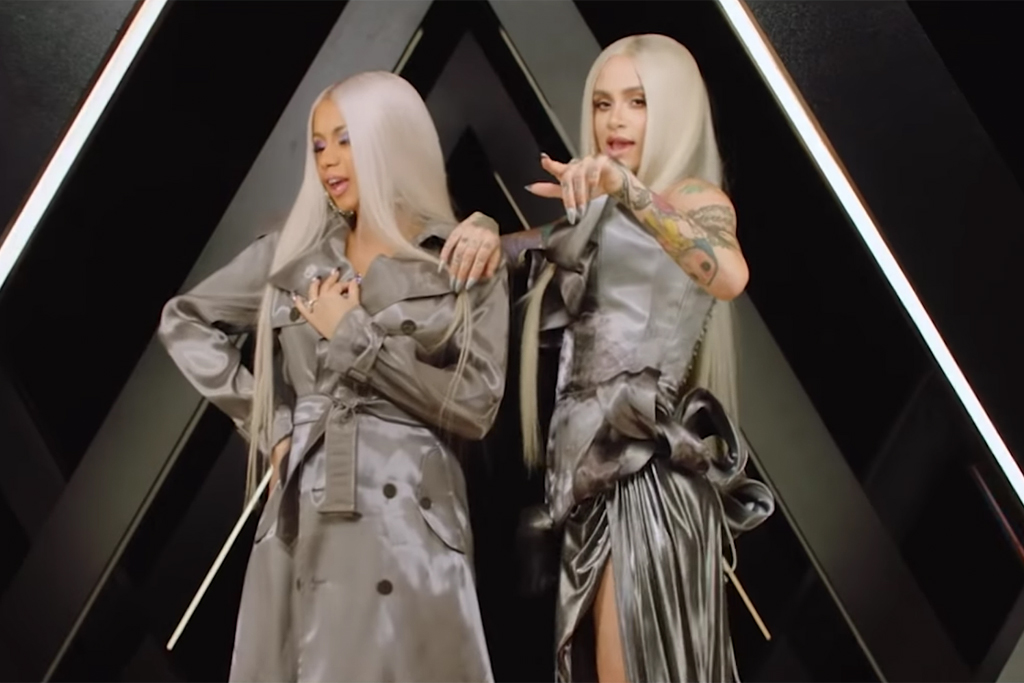 Cardi B and Kehlani connect in the video for “Ring,” their popular collaboration off Cardi’s debut Invasion of Privacy.

The Mike Ho-directed clip was shot when Cardi was about five months pregnant, and finds a blonde Bardi in a phone booth as she contemplates picking up the phone. She gets some support from Kehlani, as both ladies rock long blonde hair and matching outfits.

Cardi brings her lyrics to life in another scene by getting entangled in phone lines.

“Should I call first? I can’t decide / I want to, but a bitch got pride,” she raps. “The switchin’ up shit is what I can’t fuck with / I’m feelin’ you but you hard to get in touch with.”

Kehlani appears in the floating phone booth as well to drop the third verse with a story about her own struggle keeping a man’s attention. “Now you all caught up, yeah, you all caught up, now you done left me alone,” she sings. “You was all fed up, ready for the next step, wanna be on your own / Said I just miss you, I just miss us, baby.”

“Ring” is the latest single off Cardi B’s platinum album Invasion of Privacy. The Bronx rapper is now readying a new project for release in September featuring songs that didn’t make her debut, plus new tracks.

New Music: The Shindellas - Ain't That the Truth