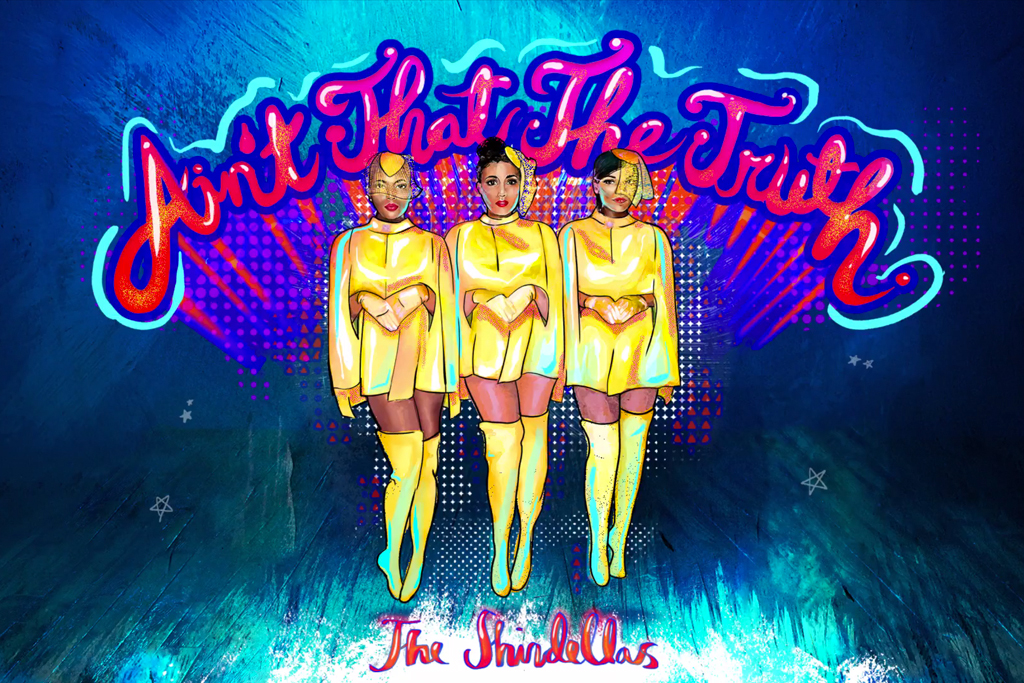 Weirdo Workshop is at it again with the release of “Ain’t That The Truth,” the second single from new girl band The Shindellas. The follow-up to their previously released “Reconsider,” is another fun, shoulder shimmying song promoting self-love and empowerment.

“We ain’t all bitches and hoes / We ain’t all strippers on poles,” sing The Shindellas. “We need to take back control, because I know / He ain’t gonna love you, if you don’t learn to love ya … Ain’t that the truth.”

The three-part harmony girl band made up of Stacy Johnson, Tamara Williams, and Kasi Jones, is the brainchild of multi-Grammy nominated songwriting-production team Louis York a.k.a. Chuck Harmony and Claude Kelly (Janet Jackson, Rihanna, Bruno Mars, Fantasia), who also wrote and produced both “Reconsider” and “Ain’t That The Truth.”

Check out the new single below and stay tuned for more new music coming soon.

Cardi B & Kehlani Get Hung Up in "Ring" Video