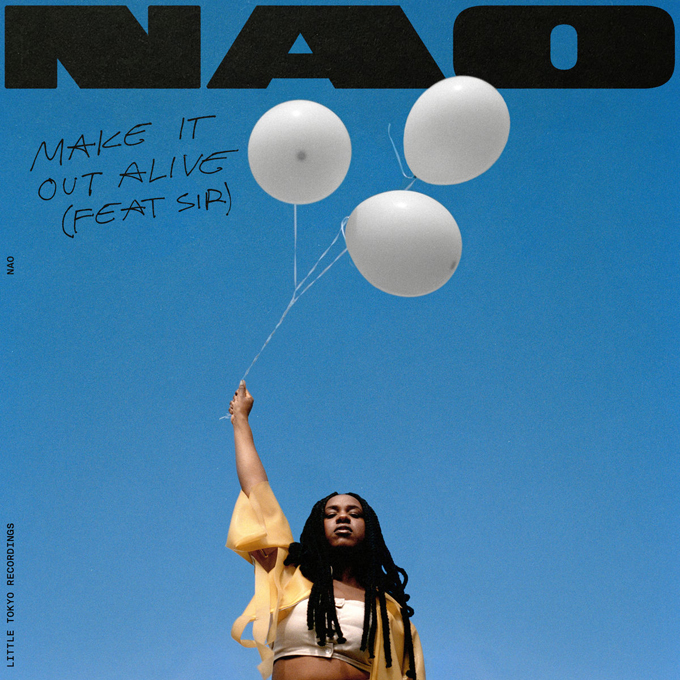 Today, Nao returns with the brand new single “Make It Out Alive,” an exhilarating duet with soulful singer/songwriter SiR.

Lifted from her anticipated sophomore album, Nao brings her transcendent vocals to the song, proving her effortless ability of conveying emotions through music and lyricism. SiR’s distinctive soulfulness flows harmoniously with hers, creating a truly supreme collaboration.

“‘Make It Out Alive’ really sums up what my album is about,” says Nao. “I’d hit my late twenties and everything was in flux; relationships, work life, home situation, everything. I was lost and I genuinely had to ask ‘how do you make it out of here?’. The idea of making it a duet was to reflect how many people, all over the world, are going through the same experience. I’d been a huge fan of SiR’s voice and songwriting for a while so I was over the moon when he agreed to join me on the track.”

“Make It Out Alive” follows Nao’s recent comeback single “Another Lifetime” which marked her musical return, two years after the release of her critically-acclaimed debut album For All We Know.

Nao’s highly-anticipated sophomore album is due out later this year.