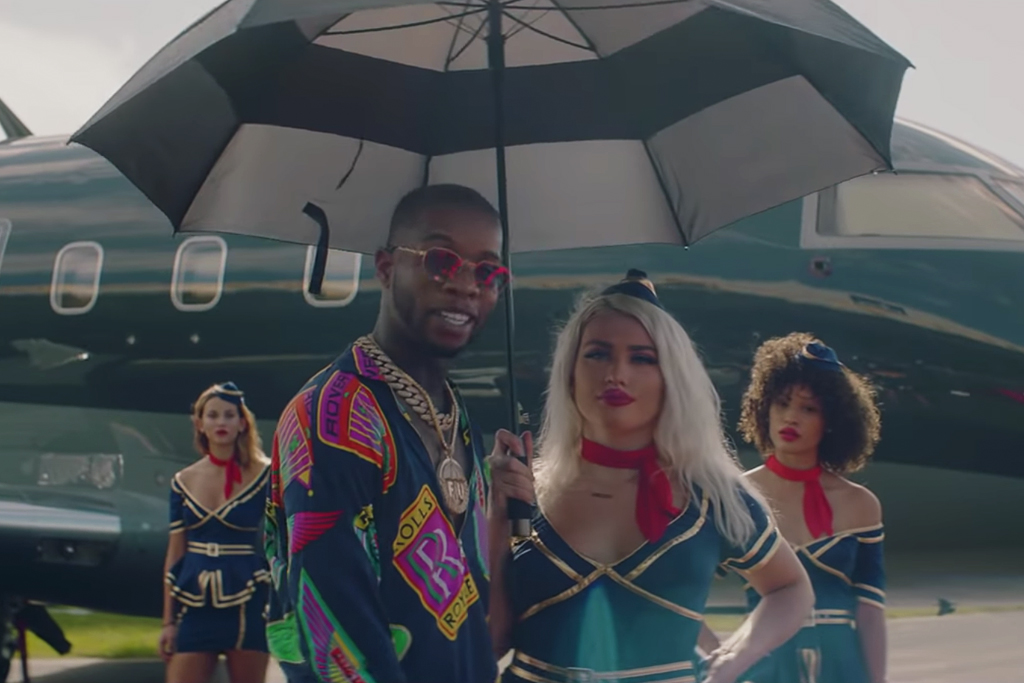 Fresh off his Bryson Tiller collaboration, Tory Lanez keeps the new music coming with his latest for “Kendall Jenner Music.”

In the jet-setting video, which he co-directed with Midjordan, the Toronto rapper-singer pulls up in a white Rolls-Royce Wraith and takes over an airport hangar. He does the money dance on the tarmac, surrounded by Lamborghinis and sexy flight attendants. He also kicks back on his private plane, dripping in designer threads and some icy neckwear.

“Kendall Jenner Music” is the latest release from Tory, who recently teamed up with Bryson Tiller on “Keep in Touch.” He is now readying his Love Me Now? album as well as a Spanish project, El Agua.