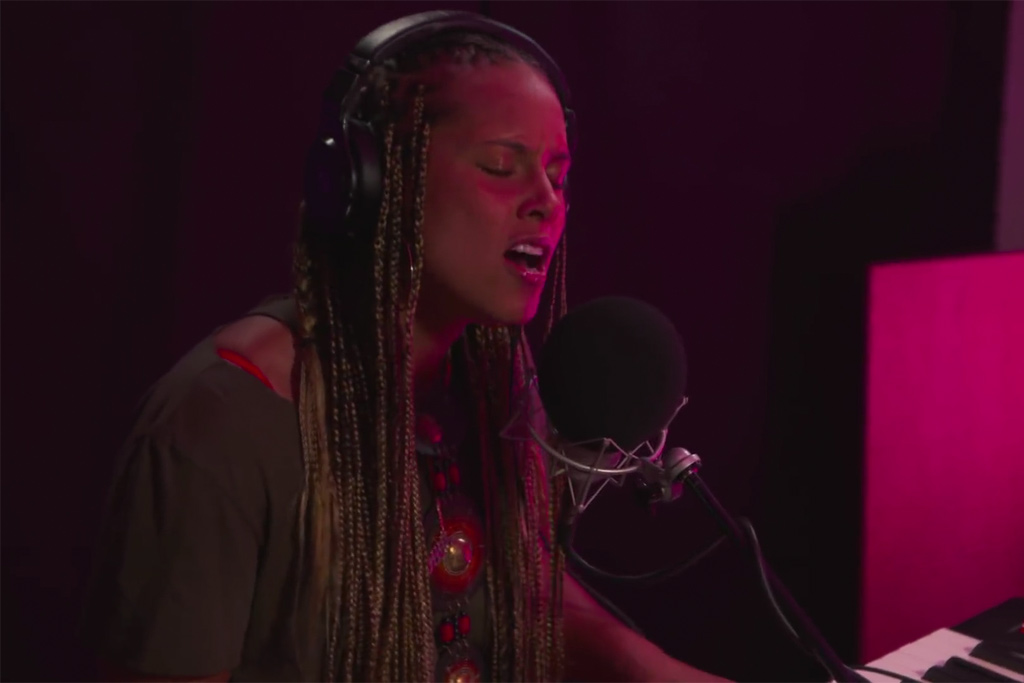 On Thursday, while the world mourned the loss of Aretha Franklin, Alicia Keys surprised Beats 1 listeners with a special tribute.

Appearing on Episode 3 of ‘Queen Radio’ with Nicki Minaj, the singer-songwriter performed a live rendition of “(You Make Me Feel Like) A Natural Woman” in honor of the Queen of Soul.

Wearing long dirty blond braids, A. Keys belted out the infamous anthem, which was penned by Carole King. “This is one of my favorite songs. I think this is probably all of our favorite songs. That’s why I wanted to choose it,” she says.

During her appearance Alicia also recalled meeting Franklin and spoke about her legacy.

“You start thinking wow, this beautiful and incredible life and woman,” said Keys. “I was listening to her music while I was driving in. She’s so special. I feel sad, but really inspired and celebratory. She was able to touch so many people, divinely. She touched me. Some of my greatest songs were inspired by hers that I loved. Talk about queens — she was definitely the queen. She stepped into the room and everyone bowed down.”

She also reminisced about performing with Franklin. “It was kind of scary to be in her presence, in a good way. When you just know you’re in the presence of greatness. I remember the first time Clive [Davis] asked me to perform with her. She’s one of the greatest of all time, one of the greatest voices. I remember her giving me a lot of love and said she played my songs during her shows. She performed ‘You Don’t Know My Name.’”