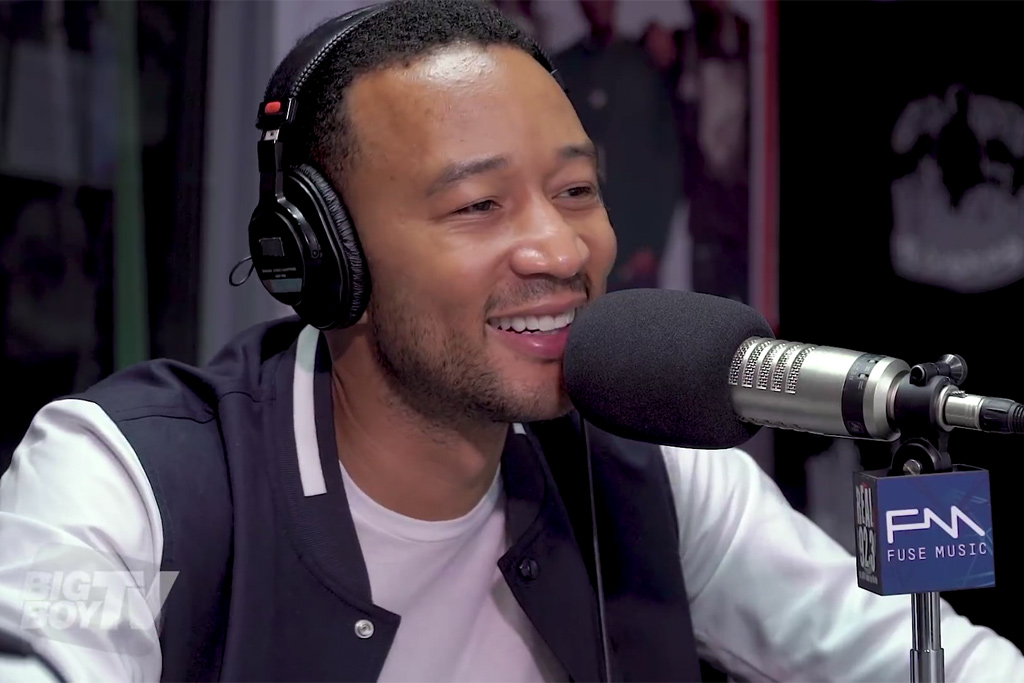 John Legend continues to stay busy with various projects in music and film. During an interview with ‘Big Boy’s Neighborhood’ on Real 92.3 in Los Angeles this week, the R&B crooner revealed he will be releasing his first Christmas album this year, and it was produced by Raphael Saadiq.

“I feel like my voice is made for Christmas,” says John. “It has that sound, we can do the classic songs but we did some new songs too. I love Christmas music, I grew up just singing around the piano with my family so this really takes me back to those moments.” The album will include a remake of the classic Charlie Brown Christmas song, a Marvin Gaye song, a Stevie Wonder song, plus five originals.

When asked about his latest single “Good Night,” John talked about meeting his wife Chrissy Teigen, their bond, and future family plans, which might include a third child. “She’s funny, she’s fearless, she’s effervescent, and she’s beautiful, of course,” he said.

Later, he speaks about his friendship with Kanye West and tells a story about when they were working on his 2004 breakout hit “Ordinary People.” Apparently, West gave him some advice he’s glad he didn’t take. “Kanye will admit this and we laugh about it every once and a while,” Legend began, “but he told me ‘Ordinary People’ wasn’t really that great of a title for a song.”

The crooner has been very vocal against President Trump and his administration’s policies, which John deeply explains his opinions on the many reasons why he hopes he will be impeached. “My fans want me to be honest and they want me to be authentic, and that’s part of what they are getting when they get my music,” says Legend. “They’re getting who I am and I can’t lie about who I am to my people.”

John Legend’s first-ever Christmas album will be released this coming holiday season, and in 2019 he plans to release his next new album. See the full interview below.