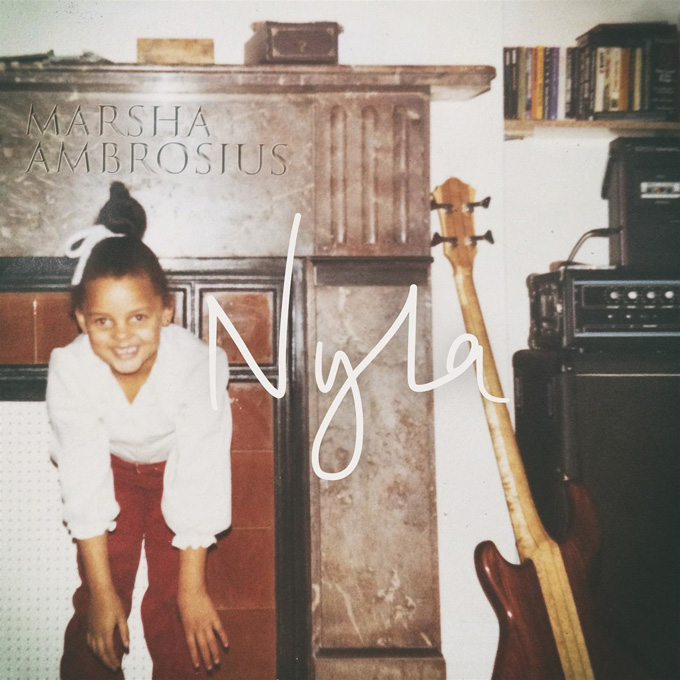 After a year of nesting and releasing new music, Grammy-nominated songstress, Marsha Ambrosius delivers her third album, Nyla. Penned primarily by Ambrosius, the 16-track LP features a range of production from Focus, The Stereotypes, Harmony Samuels and more. Named after her and hubby, Dez Billups’ firstborn child, Nyla, it’s a manifestation of her maturation as an artist and as a woman.

Changed, yet unhindered by her new roles as wife and mother, Ambrosius is embracing her best life. With almost two decades as a musical maven, she continues to share the depths of her soul through keen lyrics and next level soundscapes.

The intro track, “Nyla” sums up why her smile shines a bit brighter these days, as she gushes about her first encounter with Billups. Pulsating drums and jittery synths pop off, in the club anthem “Bottle Fulla Liquor,” one of two uptempo joints on the album. Known for her multifaceted abilities, the singer, songwriter and producer, glides into her signature sultriness on “Flood.” Becoming a mama hasn’t stopped her from vibing as a sexy minx. Glimpses of jazz come through on the inviting ballad, “Let Out” followed by “Luh Ya” the ’90s tinged jam co-written with Billups.

Midway through, the album takes on a somber tone led by “How High,” “Today” and the culture conscious “Old Times,” the song for which the video features Ambrosius with Billups and Nyla.

The past few years of Ambrosius’ life illustrate how the choice to love can overrule threats to our harmony. In tune with who she is and what she represents, her artistry reflects a journey of love, triumph over struggle, and peace. On “Glass,” she is transparent about our collective need to be seen, despite our flaws.

Nyla closes with the introspective “Grand Finale” and “Hello Goodbye,” a heartfelt collaboration with PJ Morton.

Fans will experience Ambrosius’ impassioned vocals live as she accompanies Maxwell on his “50 Intimate Nights Tour” this fall.