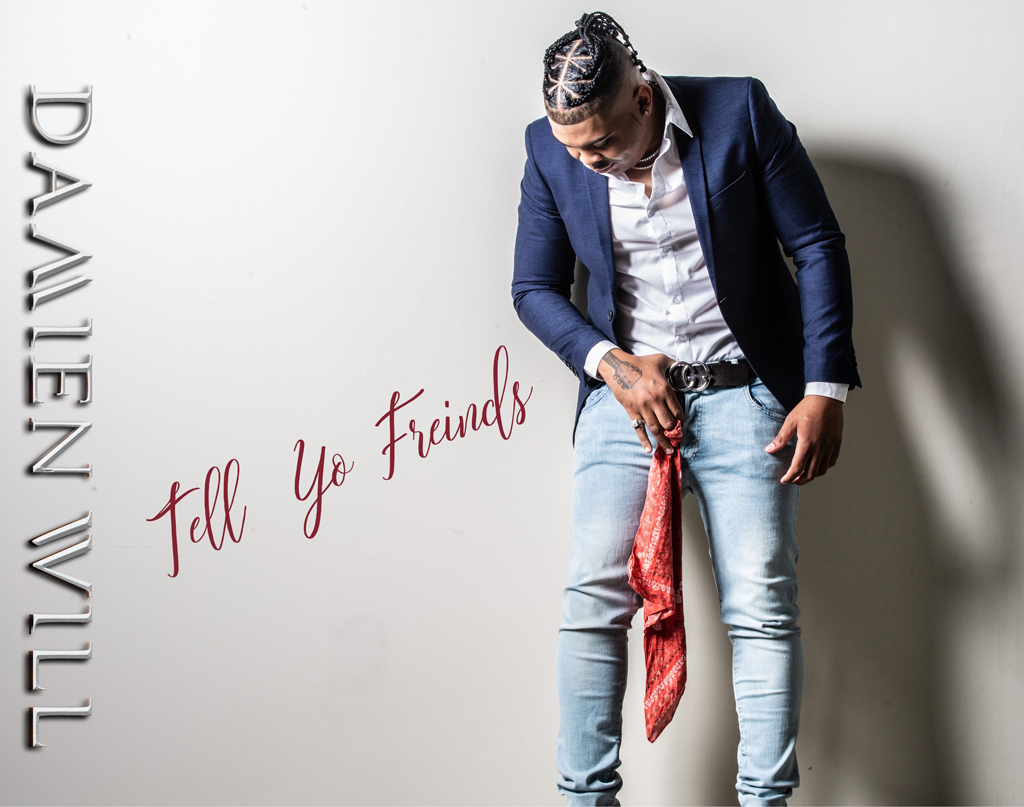 Damien Will is an American singer/songwriter, widely known for his charismatic personality and musical talent. Born in the small town of Indianola, Mississippi, Damien is no stranger to hardship, which he turned to music to heal his soul. After the passing of his father at the tender age of 10 years old and being separated from his mother; Damien was moved to St. Louis to be under the care of distant family.

He unselfishly gives himself to his community for youth development and volunteerism by visiting local high school with his “Integrity Tour.” Damien has received many accomplishments including being nominated and winning the St. Louis Hot List Award in August of 2011; Hottest male R&B artist 2015 nominee; Hottest New Single 2016 nominee; and opened for various artist such as August Alsina, Jacquees, Bobby V, Murphy Lee, Jeff Hamilton, and J Traxx just to name a few.

With the expertise of celebrity vocal coach Stevie Mackey, Damien alongside his mentor–St. Louis producer/singer Bradd Young, created his new single, “Tell Yo Friends.” The sexy song expresses to his love interest that he wants to brag about her to the world and confidently ensures that she will want to do the same.

“Ya might not wanna say too much, ’cause they might wanna feel my touch,” he sings in a reference to how she will feel after they hook up.

“These lyrics were inspired from a wild and passionate night,” Damien tells ThisisRnB. “Basically after a few rounds of love making, I decided to make us something to eat; well when I was walking back into the room, I overheard her on the phone telling her friend about the night she was having. That’s when I bust into the room singing ‘Ya might not wanna say to much ’cause she might wanna feel my touch.’ The next day while in the studio, my producer was making a track and I was telling him and a few of my friends about my night, I told them how I bust through the door singing and it fit the track and before you know it I had a hit, ‘Tell Yo Friends.’ Although we might not admit it, we all tell our friends somethings, and that’s what I hope my fans can relate to.”

“Tell Yo Friends” is available on all digital music platforms now. Take a listen below.