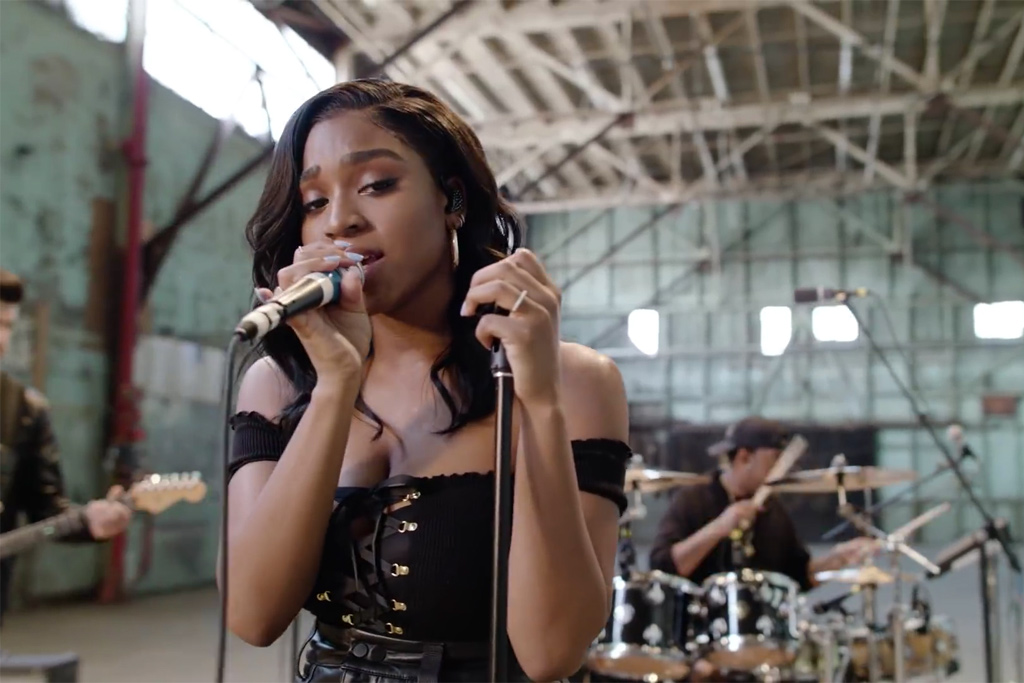 Fifth Harmony member turned solo artist Normani has been on an upward trajectory to her personal career since the release of her Top 10 hit “Love Lies.” The talented singer and entertainer recently performed a special set with Billboard for the Honda Stage.

Recorded at an unknown warehouse, the Atlanta native sits poised on a stool with her band including a guitarist, keyboardist and drummer, backed her up. As the cameras revolved around Normani, she belts out a solo performance of the Khalid-assisted “Love Lies,” giving a riveting new rendition of the popular duet.

For her second song, Normani chose to cover Tamia’s classic single “So Into You,” which was a big inspiration and one of her favorites. “It’s such a classic and I just really love the ’90s,” Normani explained before delivering her stellar, modern remake, which any fan will appreciate.

Check out her special performance below.

Majid Jordan Release Two New Songs, "All Over You" + "Spirit"