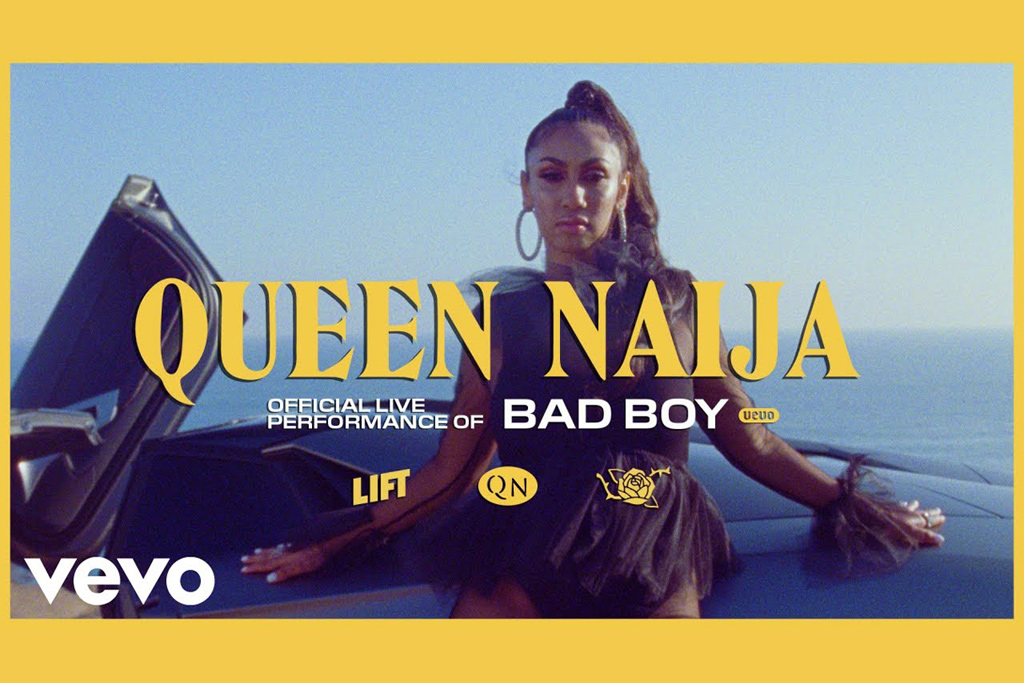 Vevo continues their video series with Queen Naija with a live performance of “Bad Boy.” After announcing her as their latest LIFT artist this week, they released a scenic video featuring the breakout star performing “Butterflies” at El Matador beach in California.

The latest video finds Queen back on the coast, but this time she is on a buff with a Lamborghini a guitar player. Wearing a revealing black leotard style dress, the songstress belts out the dedication to her unexpected love.

“I never really had a bad boy / You know I’ve always been a good girl,” she sings. “Crazy how it happened so fast boy / The way you rocking my world / Boy I think you need a good girl.”

“Bad Boy” is featured on the breakout R&B singer’s self-titled debut EP, which she released this past summer.

Queen Naija’s North American headline tour kicks off October 29 in Richmond, VA, and rolls through major markets across the U.S. and Canada through December.

Check out her performance video below.