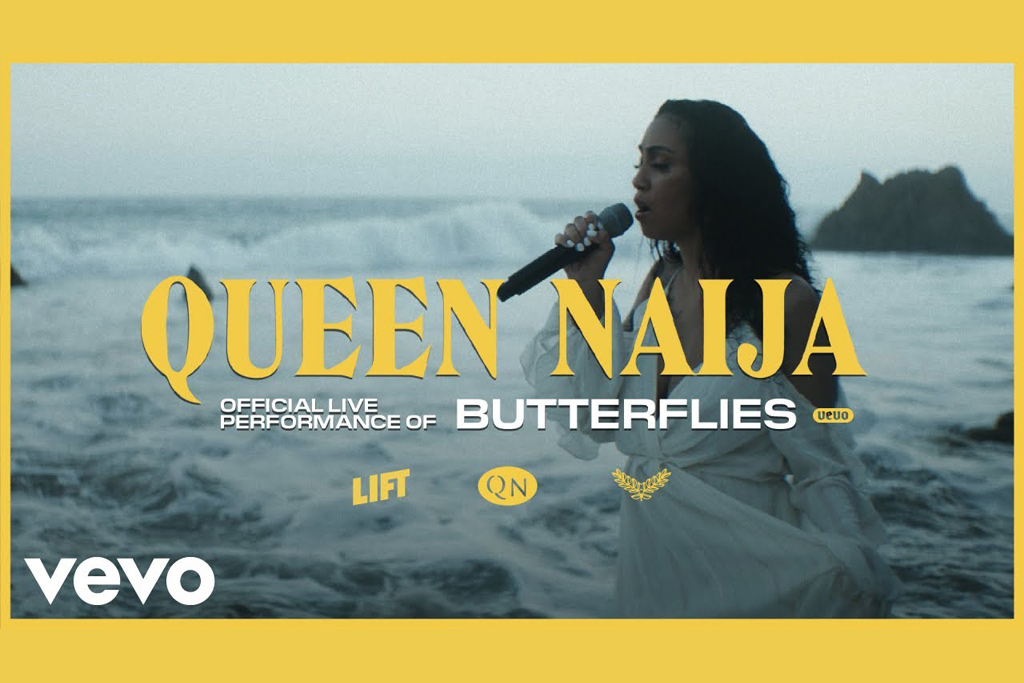 Vevo’s LIFT initiative connects today’s rising stars to audiences around the globe with original creative content. Vevo will release two performance pieces as well as “Becoming,” a short film which allows artists to tell their story in a unique way, bringing fans closer to Queen Naija than ever before.

The first video finds Queen performing her standout song “Butterflies” at the scenic El Matador beach on California’s coast. Under grey skies and as waves crash over jagged rocks, the Detroit native belts out the heartfelt song about exploring the idea of finding love after heartbreak.

“I don’t wanna fall so fast / But I’m open,” she sings over the acoustic strings. “They always say that good things never last / And I know ’cause I’ve been broken / I’m tryin’ to protect my heart / But you’re making it so hard.”

“Butterflies” is featured on the breakout R&B singer’s self-titled debut EP, which she released this past summer.

Queen Naija’s North American headline tour kicks off October 29 in Richmond, VA, and rolls through major markets across the U.S. and Canada through December.

Check out her performance video below.

Nao Releases Acoustic Performance Video for "Make It Out Alive"