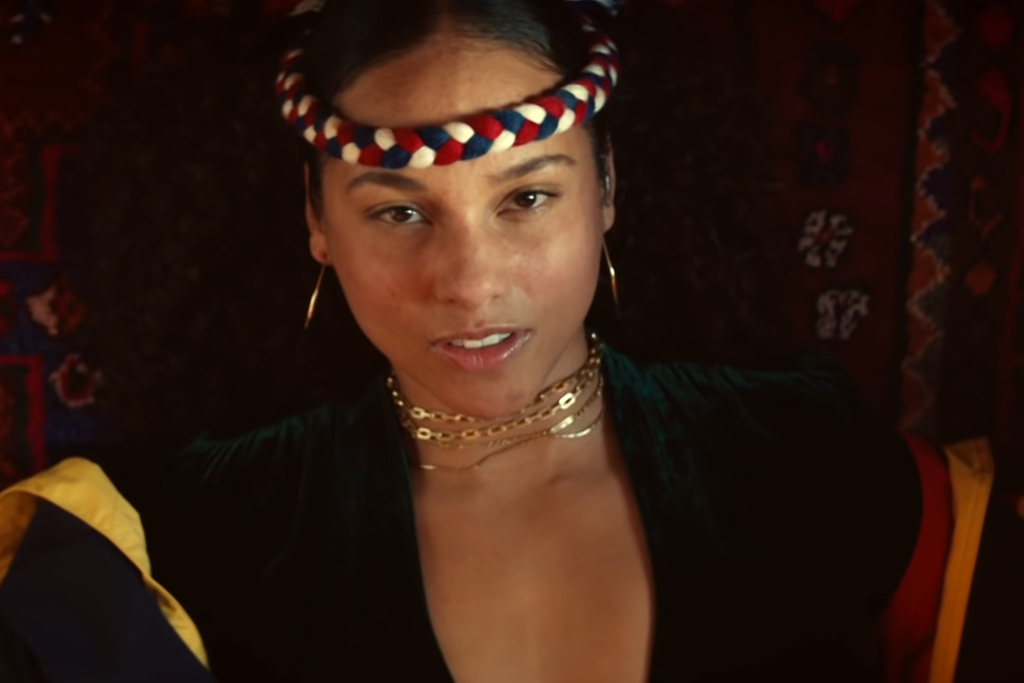 Alicia Keys shares an intimate moment with the music video for her new single “Raise A Man.”

The single shot visual finds Keys performing the song in a warm studio space as the camera pans to reveal a small crowd of some the Grammy host’s closest friends. Wearing a braided headband and vintage, colorblocked Tommy Jeans jacket, the singer later steps away from the piano to dance with four-year-old son Genesis.

To announce the video, Keys took to social media to reveal what was behind the new visual’s good vibes.

“I just dropped something for y’all!” she tweeted. “I was in the studio and I wanted to VIBEEEEE out! My friends were there, my Gen was there!! The energy just felt so right in the room that I wanted to share it with y’all. Can you feel me!???”