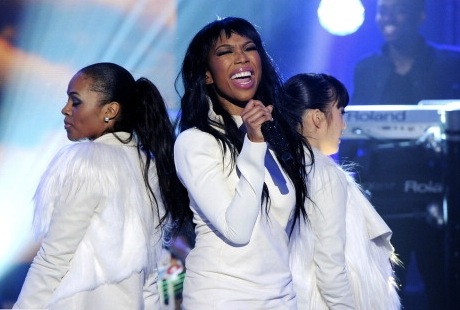 The old saying states, “It’s not what you do, it’s how you do it” and no artist embodies this better than Brandy Norwood. Dubbed “The Vocal Bible,” Brandy has an incredible catalogue filled with many glorious vocal moments that singers have been attempting to duplicate for years. And it’s not just that Brandy has “good” runs. It’s the fact that she has the ability to execute them intricately with both precision and speed. It’s also not just that she can harmonize. It’s how she arranges her harmonies in a way that is only rivaled by artists like Enya or Janet Jackson.

Brandy approaches her backgrounds like an instrumentalist with moving parts interwoven to create what could only be described as a vocal symphony. And while her distinct tone is always a focal point,  it’s the way she doubles her voice in the studio to create a new vocal style that is all her own. Her capability to manipulate her timbre is uncanny. Being able to employ a youthful like quality in her voice on songs like “Come A Little Closer” and then command a mature and raspy tone on a song like “Say You Will.”  the singer’s artistry of pushing her voice to its further potential — particularly in her mid and lower register — gives here the right to be called “The Vocal Bible.” And even when we think we’ve heard everything she has to offer, she finds a new color of her voice to explore and share with us.

Whether it’s the upper range she displayed on  “Human,” the raw, evocative rasp of “Afrodisiac”, or the icy swag of “Two Eleven,” Brandy finds new ways to expand her vocal palette every album while retaining a core sound that is uniquely her own. Not sure what we mean? Here are 10 songs where Brandy proves why her title as   ”The Vocal Bible” is deserved.

After the January 2016 premiere of her BET show “Zoe Ever After,” Brandy surprised her fans by releasing the stand alone single, “Beggin & Pleadin.” The release received universal acclaim from fans and peers such as  Sam Smith, Jessie J, Leann Rimes, and Missy Elliott. Inspired by the style of Margie Hendrix, the song is a juxtapose of old school blues with trap and can be seen as a precursor to the country trap sound that would be made famous by Lil Nas X with “Old Time Road.” Brandy has stated that she felt proud and “empowered” by her vocal performance  on this song.

What do you get when Brandy does a full song using only her voice to create it — similar to a one woman contestant on “The Sing-Off?” An absolute masterpiece.

Brandy and then-boyfriend Sir The Baptist teamed up to create this heartfelt tune about domestic abuse. Singing from the perspective of a deacon’s wife who is being abused by her husband and is receiving no help from the churchgoers who are aware, but do nothing to help. Brandy’s vocals in this song spans the full range of her voice.

“Deliver Me” shows what Brandy does best: connecting to a song and displaying that emotion vocally. She didn’t sing this song, she “sang” this song. Bending notes, manipulating her tone, and altering words to add a gospel flare, this single only proved how well Brandy is in tune with the idiosyncrasies needed to bring a song to life.  She also sings some of her highest recorded notes here, too.

A masterclass on adlibs and runs, “Like This” has long been a fan favorite from her classic “Full Moon” album.

Brandy’s “Full Moon” album displayed her full vocal transition from a teen to a young woman. When she belts out “You proved your love to me” at the start of the second verse, it is clear that the soft, girlish Brandy of “Never Say Never” was long gone. The ad libs at the end of this track are some of her best as she belts in full voice repeatedly.