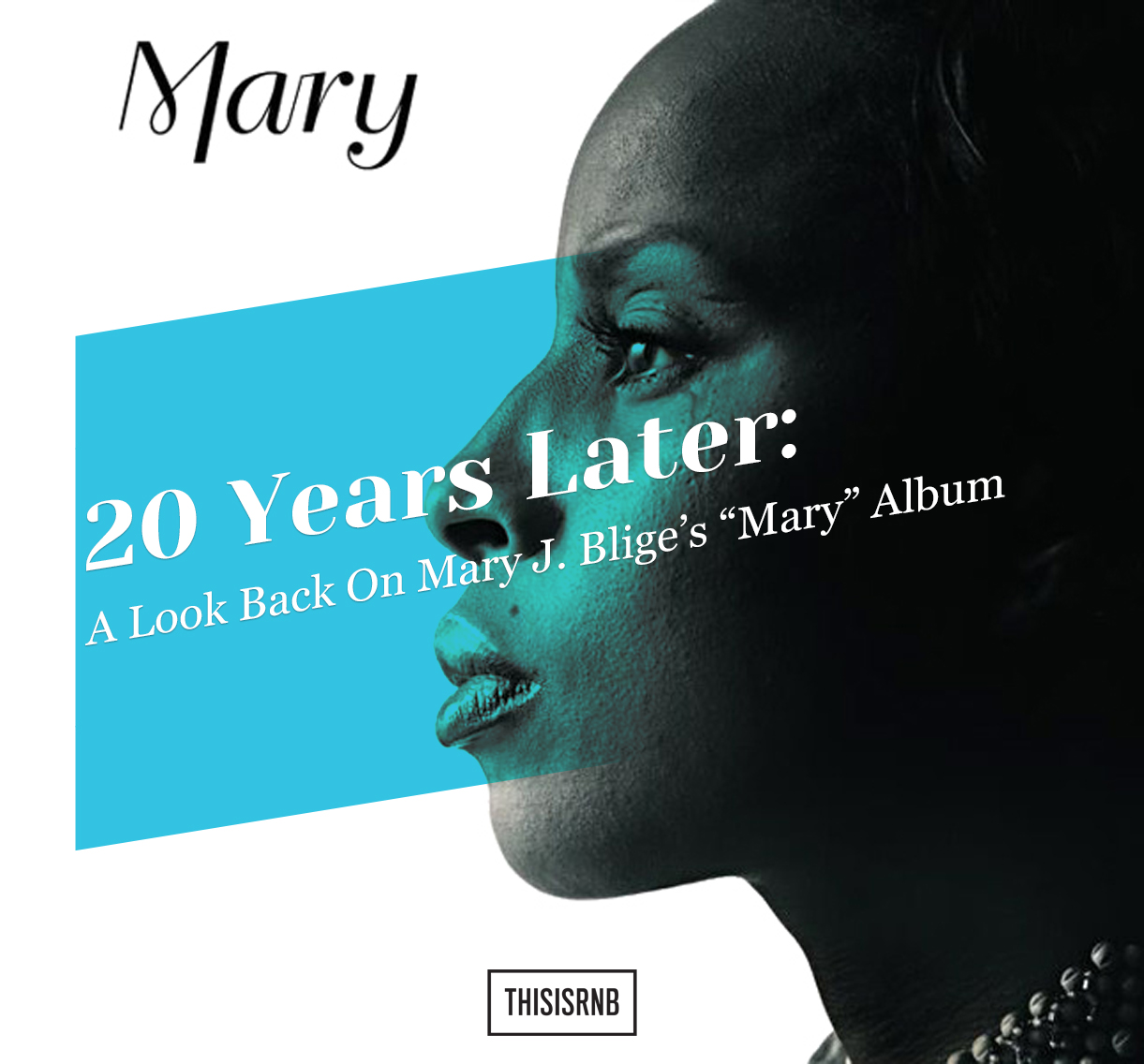 Before there was “No More Drama,” Mary J. Blige shared a deeper part of her soul via her fourth studio album, “Mary.” Released on August 17, 1999 and debuting at number two on the Billboard 200 chart, it marked an evolution of her artistry. Featuring production and/or writing by industry greats such as Babyface, Chucky Thompson, Diane Warren, and Jimmy Jam and Terry Lewis; along with appearances from icons like Eric Clapton and Elton John, it was proof that the Queen of Hip-Hop Soul, was leveling up. As the new millennium approached, she shed her heavy hip-hop sound for the mature musings of an R&B maven. The double-platinum, multiple Grammy nominated album was her official crossover from urban to adult contemporary.

From the opening track, “All That I Can Say,” a calmer Mary set the tone for impassioned vulnerability. Featuring Lauryn Hill — who also produced the song — it was a euphoric ride soothed by thumping bass and airy synths. Its 70s-ish sound garnered a Grammy nomination for Best R&B Vocal Performance – Female.

Known for her dope collabos with lyricists, Blige’s duet with Jadakiss on “Sexy” reminded fans of the Mary who captured their respect. Featuring a clever interpolation of Michael Jackson’s, “I Can’t Help It,” her smooth vocals breathed sensuality. On “Deep Inside,” her husky tone emitted angst as she sang about her desire for people to see that she was “just plain ol’ Mary.” Accompanied by pop icon Elton John, the song won Blige her first-ever BET award for Best Female Artist in 2001.  It was also the first time she spoke the moniker, “MJB,” on one of her songs.

Before she met her now ex-husband, Kendu Issacs, the singer seemed to conjure their future connection on the guitar led “Beautiful Ones” and the jazz infused, “I’m In Love.”  Switching to serious introspection, the funk drenched “Time,” had lyrics signaling the need to make wise decisions about life. In a way, it was an ode to the approach of Y2K.

Midway through “Mary,” she revived her signature ballads, giving fans their fix of the laments over her love life. “Memories,”  “Don’t Waste Your Time (feat. Aretha Franklin)” and “Not Lookin’ (feat. K-Ci)” bore the classic themes of love dipping from sugar to shit. The latter duet with K-Ci was their second one together, yet it didn’t have listeners in their feelings like their first duet — “I Don’t Want To Do Anything” — featured on Blige’s debut album “What’s The 411?”  The urban radio hit, “Your Child” was a standout because it illustrated the reality of how sidechick syndrome kills relationships. Auntie Mary had folks co-signing big time on this one. So much so, it could’ve taken the title of “Memories Pt. 2.”

20 years later and happily divorced from Isaacs, Blige is slaying stages on The Royalty Tour with iconic rapper Nas. Currently, her attitude seems to mimic the only uptempo track on “Mary” — “Let No Man Put Asunder.” Since the beginning, MJB’s music has contained samples and covers, but this one reflected one of the keys to her longevity: her resilience against opposition and determination to flourish.

“Mary” was a shift in the narrative of her brand and a lesson in the weight of authenticity. It remains a summons to the universe that even when Mary J. Blige’s crown tilts, it doesn’t fall.

Share your favorite tracks from this classic album below!