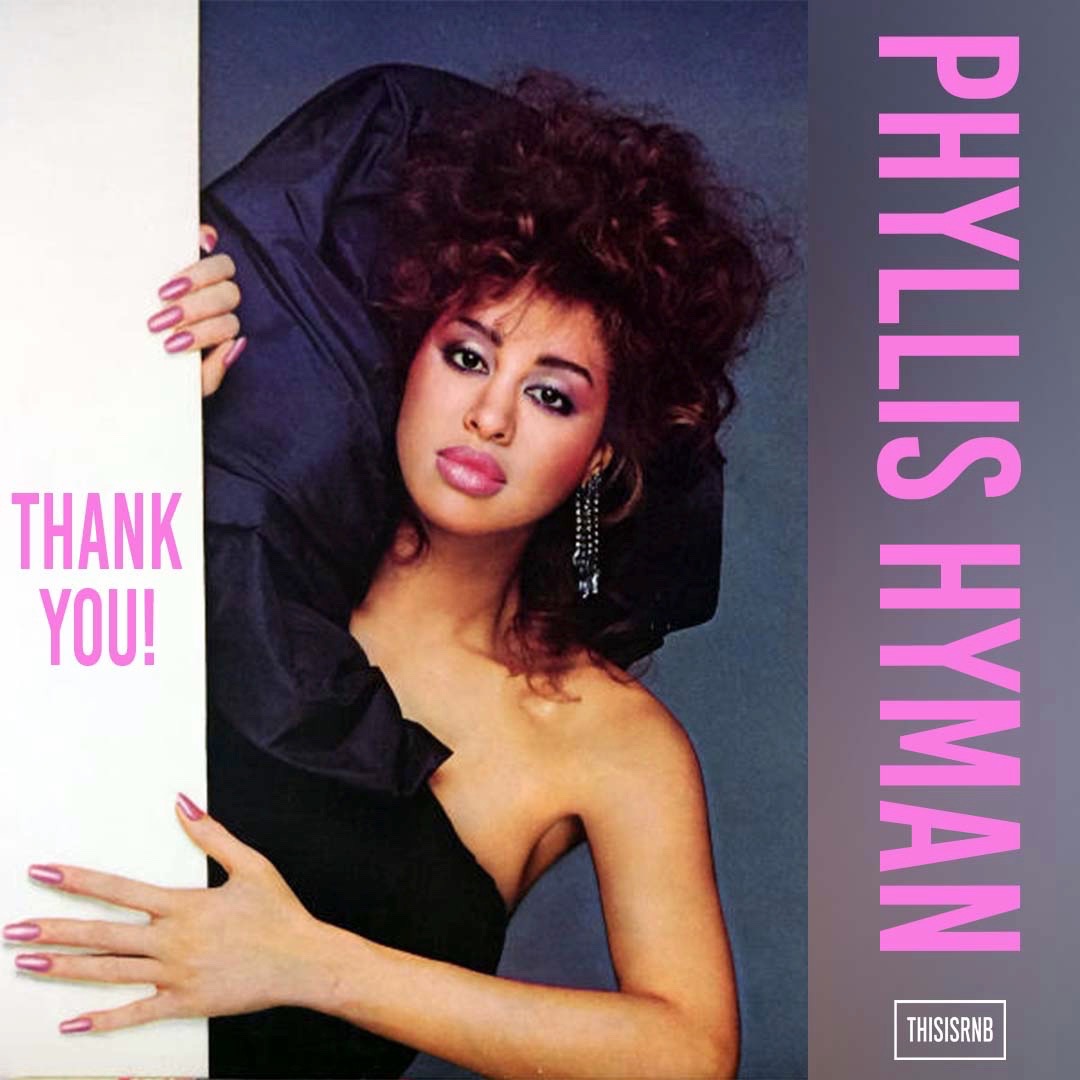 Well known for being a soulful jazz singer earlier in her career, Phyllis Hyman transitioned to R&B and produced some of the greatest ballads of the ‘70s, ‘80s and early ‘90s.

Although she kicked off her career with the group New Direction in 1971, it wasn’t until her run in with music industry vet Sid Maurer that she began to find her road to musical success. It was then that her New York came calling and she transitioned into a new sound and began a new era of life.

Initially performing background vocals for the great baritone R&B artist Jon Lucien, Phyllis Hyman later joined forces with Norman Connor to lay down her vocals to produce a sultry rendition of the ‘70s hit “Betcha by Golly Wow!” originally performed by The Stylistics. It was with this single that her career catapulted to stardom and in 1977, was named the Best New R&B Vocalist by the now-defunct Record World Magazine. In that same year, Hyman released her self-titled debut album, which featured the singles “No One Can Love You More” and “Loving You – Losing You.”

Over the course of the next three years, the artist released three additional albums: “Sing a Song” (1978), “Somewhere in My Lifetime” (1979) and “You Know How to Love Me” (1979) — with the latter of the three reaching number 12 on the R&B charts in 1980. The titular track also became one of her signature tracks and reached number six on the Billboard Dance charts.

Throughout the years following, Phyllis Hyman was at the top of her game musically with back-to-back R&B hits including the title track from 1986’s “Living All Alone.” The album also included fan favorite tracks “Old Friend” and “First Time Together.”

Although many may know the singer for incredible voice, she was also an exceptional actress and from 1974 to 1990, appeared in a number of films including “Lenny” alongside Dustin Hoffman (1974), “Too Scared to Scream” (1985), “School Daze” (1988), and “The Kill Reflex” (1989). She also starred alongside the incomparable Gregory Hines in Duke Ellington’s tribute Broadway musical, “Sophisticated Ladies,” from 1981 to 1983 and earned a Tony nomination for Best Supporting Actress in a Musical.

Exceptional recording artist, Broadway star, talented actress, and top-tier songwriter, Hyman’s talents were only eclipsed by her statuesque frame and incredible fashion sense. A true fashionista before the word even existed, the prowess made sure to leave her mark on R&B for years to come.

In 1991, Hyman released her eight and final album while living ironically titled “Prime of My Life” that featured her only pop hit, “Don’t Wanna Change the World.” The song peaked at the top spot of the Billboard R&B charts while the album itself hit number 10. Four short years later, just months before the release of her ninth album, “I Refuse to Be Lonely,” the songstress committed suicide.

Phyllis Hyman’s powerful vocals and the way she connected emotionally with her audience makes her one of the greatest voices music has ever heard. Unfortunately though, she didn’t get the public acclaim that she was truly deserving of. And it’s because of this, we are honoring her today, forever, and always.

Thank you for all that you have done and continue to do for R&B.

Check out our playlist “Tuned In: Phyllis Hyman” exclusively on Spotify.

Elijah Blake Gets Vulnerable In New Visual For "To Be Loved"