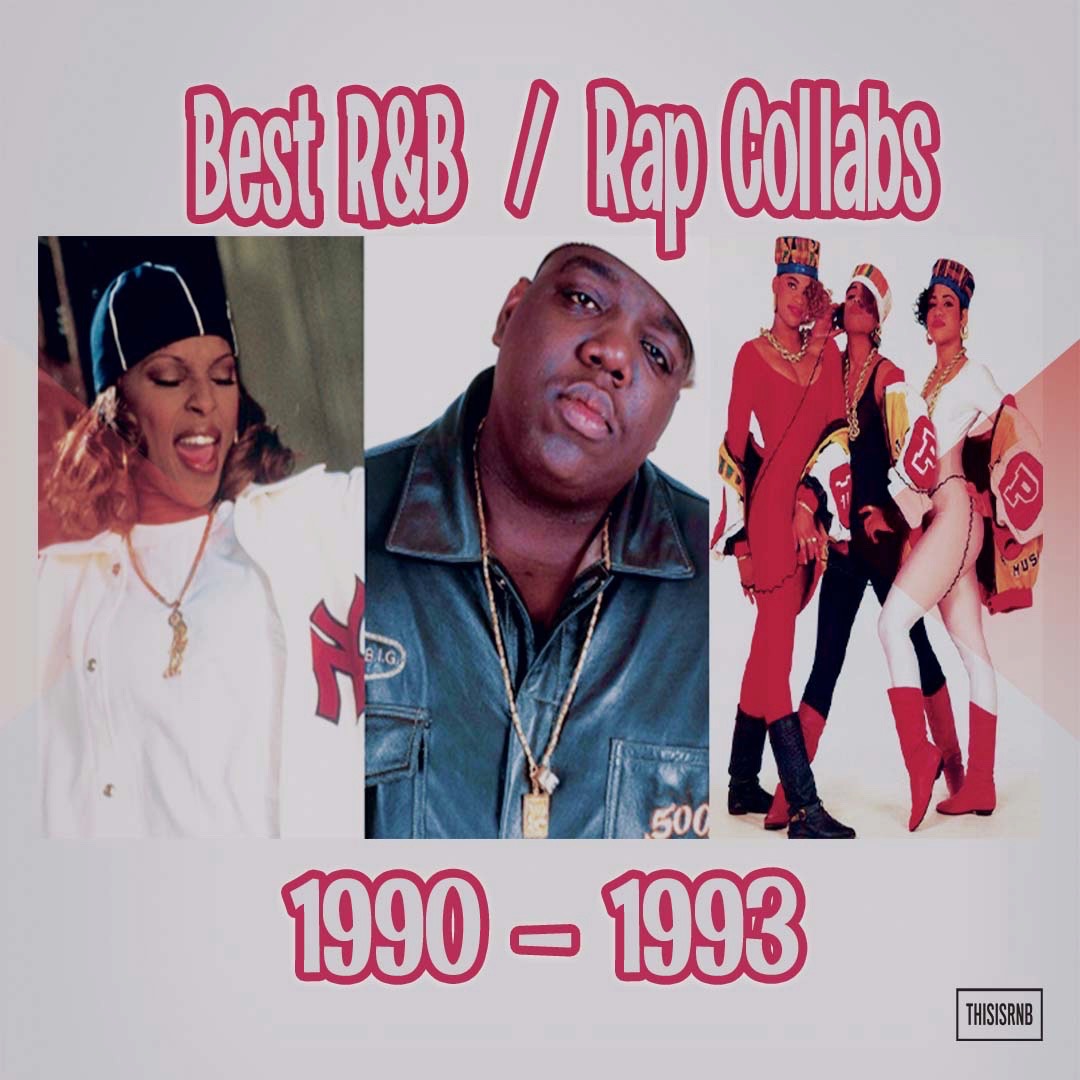 The early 1990s packed a powerful punch when it came to the growth in popularity for hip-hop and R&B. Rap soared onto the charts with gritty, gangsta, and raw lyrics chronicling the sign of the times. On the rhythm and blues side, many of today’s iconic singers started to shine: Mary J. Blige, En Vogue, and Keith Sweat. The two genres would cross paths heavily in the ’90s, and create chart-topping hits as both fought for national and international recognition.

These genres took the nation by storm from coast to coast. The Notorious B.I.G. rose to fame in New York, while 2Pac took the West Coast by storm. Female Rap and R&B artists were unstoppable, including: Salt-N-Pepa, TLC, SWV, En Vogue, and many more. And on the male side, there were artists like MC Hammer, Heavy D, Bobby Brown, and Arrested Development who could make you dance with their upbeat tracks. There was no shortage of amazing music.

Strong collaborations between R&B and hip-hop artists started taking off in 1994 and continued to grow throughout the decade. But, you can’t discount some of the classics assembled from ’90 to ’93, charting a path of success for the somewhat unknown method of music. These artists were unorthodox, independent-minded individuals leading to new sounds, controversial lyrics, and melodies that are now deemed as timeless. Many rose to fame on the Billboard charts, but that doesn’t tell the whole story as the artists crafted their voices during this unhinged era.

Going in no particular order, let’s look back on some of the incredible collaborations from 1990 to 1993.

It’s the track men love to hear, and women love to sing. Salt-N-Pepa and En Vogue teamed up for a melodic, bouncy ode to mighty men who know how to act right.

In 2018, the two groups reunited at the Billboard Music Awards to perform the track, which proved to be a nice surprise for fans. “Whatta Man” became their highest charting song, reaching number three on the Hot 100 list. Post hot girl summer, can we get another performance, please?

The late Heavy D kicks this song off with some strong bars addressing what he’s looking for from a woman. After a quick verse, R&B trio Guy hops in to smooth things over with their silky lyrics. The song is sure to give you some ‘90s nostalgia.

You can’t ignore this booming track sampled from Cheryl Lynn’s ‘70s hit, “Got To Be Real.” Legendary New York rapper, Father MC, tapped Mary J. Blige to drop some soulful vocals on the song and we’ll never get over it.

Father MC once again deployed an infamous sound leading to another hit. This time, however, he sampled Sugar Hill Gang’s iconic song “Rapper’s Delight,” which is known to be one of the first hip-hop songs created and is credited with putting the genre on the map. Father MC spits on the track with R&B quartet Jodeci harmonizing around him, creating a fun dance song.