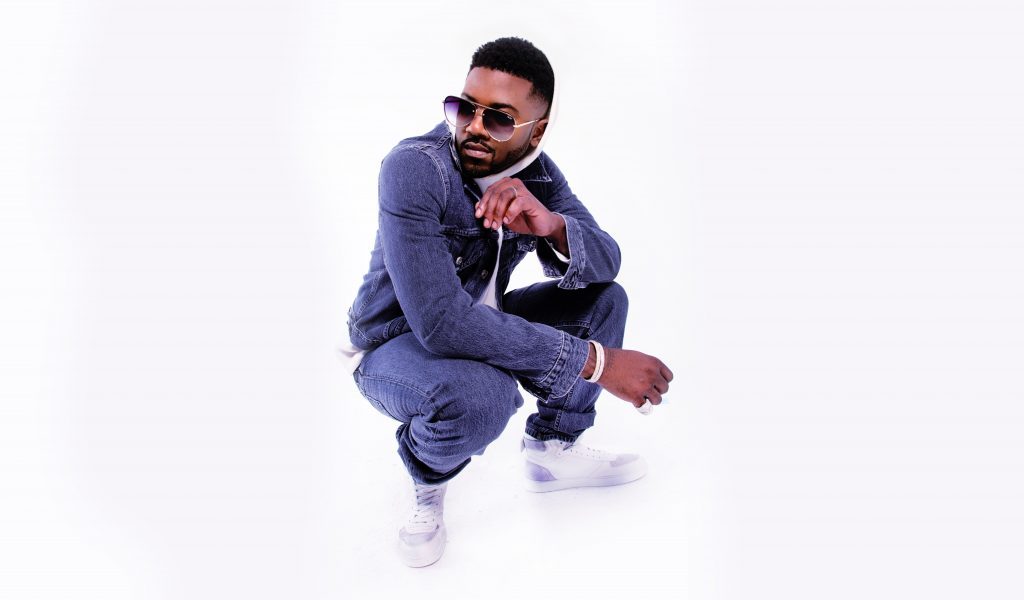 It’s been over 20 years since the world first heard Ray J’s unique vocals on his debut album “Everything You Want” and though often glossed over for its successor, 2001’s This Ain’t a Game, the album was a small glimpse into the world that he’d be dabbling in today. Similar to his sister Brandy, Ray J began his Hollywood career at a young age. Landing a recurring role on “The Sinbad Show” at just 12 years old, the former child star went on to star in a number of shows to follow including his unforgettable role as Dorian Long in the hit show “Moesha.”

From the studio lights to the recording booth, Ray J showed his young talents could translate well across the board and though now well into  adulthood, is still proving the same. Now, after many features in films, a number of hosting gigs on television, a few controversial moments and many successful reality TV stints, the businessman and family man is revisiting one of his first loves: music.

Returning to his roots with a brand new album titled Emerald City, the multi-faceted artist is ready for Google searches to not only pull up his current tech and business ventures, but the new music he’s offering and stage performances, too. And by hitting the road on the upcoming TBTour with ‘90s group Immature, B5, J. Holiday and Day 26, he’s sure to get what he’s looking for.

In his exclusive interview with ThisIsRnB, Ray J gives us a taste of what to expect with his upcoming project, who he’d love to collaborate with, the late LaShawn Daniels, Raycon Global — his consumer-electronics company that specializes in earbuds that hit $10 million in sales in less than 12 months — and more. And, rest assured, you no longer need to wait a minute to see what his life is really all about.

TIRNB: You have so much going on in your life nowadays. For the people who are not aware, what are some things that you’re working on?

We got the TB Tour coming. You know I got my hands in a lot of stuff, but this is like real…this is like one of my most important moments as far as me doing music and being a performer because I rarely get the chance to get out there on stage and really showcase a good show for the fans. I’ve been independent — you know — since the beginning; ever since I dropped “Wait A Minute” with Atlantic [Records]. After that, I’ve been independent on my own label, so it was kind of tough for me to tackle super big tours because the independent way to go is a whole ‘nother hustle.

TIRNB: With all that you have  going on with family, reality TV and business, why is doing this tour and music still important to you?

Well, it’s like a passion. As far as from the technology side with Raycon Global and with my new cannabis deal “William Ray LA,” we got goin on, financially you know I’m not really looking at music to really try to set me [up] as far as money wise. It’s really just about the love of the music and really tapping into something that really has been missing for a minute in my campaign. So, it’s important for me to put out not just music, but the right music because just through my career, I went through so many different waves of music. Some great and some super controversial. This time, I just wanna hit them with that real R&B; really good quality music with great substance behind it and that’s what this album Emerald City is. The new album is prior to the kick off of the tour. That music is just pure R&B about where I am in my life today: family first, 1,000 percent. My first baby and my new unborn on the way. I work and I live for them. All my blessings that’s been happening, it’s been coming from me just staying honest and staying faithful and staying true to my family.

TIRNB: Are you going to drop a single before then?

I’ma release a single from the project, probably in the next two weeks. I was trying to time it exactly when the tour was going to start. So the song is called “Distant Love” featuring Brandy — that’s the single from the album — and then I’m gonna drop the title track of the album, “Emerald City.” I’m gonna release that record, too.

TIRNB: How did you get hooked up with the TB Tour?

I got a call from Marques, J-Boog and Chris Stokes and they pitched the tour to me and I was ecstatic about it. I was really like “finally somebody called me to do a tour.” I’ve been waiting on this call, so when they hit me, I was excited about it. I did like one show for the B2K tour in LA and it was euphoric. It felt like it was euphoria happening on stage. Just with the fans and them connecting to “One Wish” like that. I just can’t wait to get back out there and get on stage and just have some fun man. That’s all it’s about.

TIRNB: If you could do a collaboration album with anyone from the TB Tour — a full group or single artists — who would it be?

I want to do something with Marques Houston. He’s really talented. I heard the new Immature project, Chris played it for me, and I mean sonically and vocally their album is on another level. And I think a dope collaboration would be with him or the whole group.

TIRNB: R&B has changed so much since you first stepped into the game. What are your current feelings about it? What do you think about the current state of R&B and the artists out there right now?

I like it. I think it’s coming back. I think with all the other tours that’s been happening — as far as taking it back to just R&B from some of the ‘90s groups and early 2000s — I think it’s really, really starting to recreate itself. And it’s giving everybody an opportunity to reinvent themselves musically, so I think it’s in a good state. I think the more we all stick together and show unity and collaborate with each other just like the rappers do, we’ll make a big jump and keep this consistent, keep it going, and keep making it right.

TIRNB: How did you come up with the idea for Raycon Global and how has that changed your life now being a big business mogul?

Well, I started with the Scoot-E-Bike independently. Myself and my partner Billy J [collaborated] on that one and we kind of just started to understand the do’s and dont’s of the tech business.You know, a few years later, I was able to sell the Scoot-E-Bike company to a Canadian company called Hoopshare, which we’re now publicly trading in Canada and in the USA. It’s really good to meet somebody like Ray Lee and Mr. Lee who are my partners in Raycon because they understood my vision. But they also helped me to understand that finding a product that was affordable and beats the price for everybody else — all of our competitors — and something that I think everybody could afford was more the thing that I started to focus on. So, they kinda helped me understand that the earbud play was a bigger play for me and a bigger success than Scoot-E-Bike because selling a bike at $1,200 versus selling an earbud at $79… the price range is just in a whole nother world. We are just seeing a lot of success from people getting the earbuds because honestly, we got the best earbuds on the planet. The quality, the sound, the colors, the fit and the price is just beating everybody’s out there. You cannot get another earbud like this for $79 so, you know, we welcome the competition.

TIRNB: You’ve been on reality TV for a few years now. A lot of people know you from “Love & Hip Hop: Hollywood” and of course, “For the Love of Ray J” was huge. How do you feel about your life on reality TV and your family being on it now, too?

I think it’s cool. I feel like we started when the reality TV game was just starting, so we kinda got our own template and our own format that’s been really working since day one. Every show has really been number one every week on its night since “For the Love of Ray J.” We couldn’t do it without the people supporting and watching it and enjoying it. There are ups and downs of what they see, but I can say watching myself through the years on “Love & Hip Hop” has definitely helped me become a better man by just watching some of the foolery and some of the stuff that I used to do. It really kind of just helped me see what I was and who I was and what I really wanted to be in life and be remembered as. So I can say reality TV really helped me [and] shaped me to be a better man in a weird way.

TIRNB: “One Wish” was one of your biggest tracks back in the day. And by the lyrics to the song, we know what your “one wish” was back then. If you had one wish currently though, what would it be?

If I had one wish, it would be to be able to work with LaShawn Daniels again. LaShawn Daniels was one of my mentors. He’s the one who helped me pen “One Wish,” helped Brandy pen “Never Say Never,” Beyoncé and Destiny’s Child pen “Say My Name” and Michael Jackson’s “Butterfly.” He’s my guy and he just passed away in a bad car accident.So every time I perform that song now, he’s always on my mind.

TIRNB: Aside from all of your business mogul offerings, this new tour and music and catching you on “Love & Hip Hop: Hollywood,” is there anything else we can expect from you soon?

I got a new TV One Christmas movie coming out called “Dear Santa, I Need a Date” on TV One. And then I got a new scripted series coming end of the year called “Pump” on a new network called UrbanFlix.

Ray J will co-headline the TBTour with Immature next month. Tickets and updates on the tour can be found at www.TBTour2019.com.