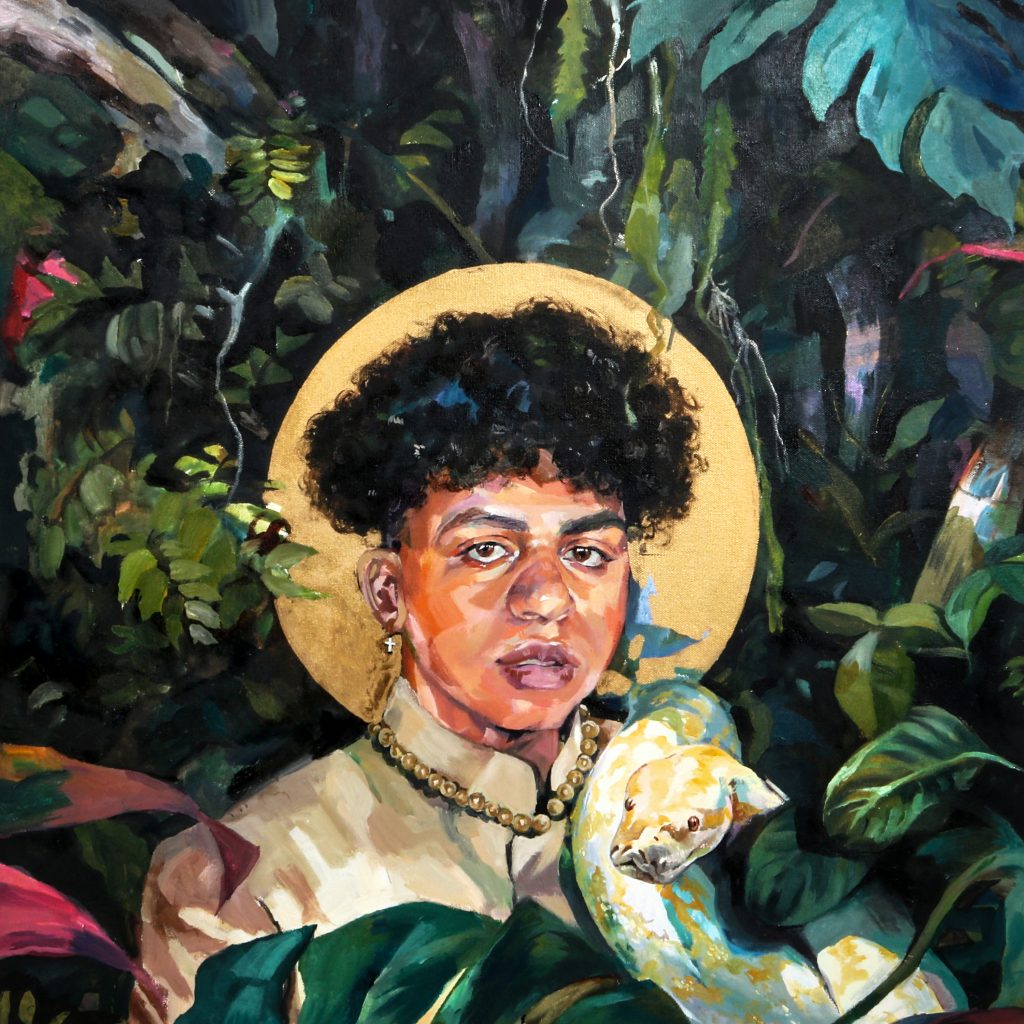 Newcomer Amir Kelly is a master of existing within multiple worlds. Born to an Indian mother and a Black father, he embodies his mixed heritage through his fierce and tenacious nature. Moved by the enchanting melodies of Bollywood and the rich layers of ’90s R&B, Amir has created a genre of his own: Blindian Pop. This fusion illustrates his artistic purpose, which is one of authenticity and reclamation.

His new single, “Eden,” takes listeners to the birthplace of original sin.

On the cover art, Kelly’s romantic interest is painted as the infamous snake in the Garden of Eden and his virginity as the forbidden fruit. The song explores the overwhelming sensation of lust and temptation while returning power to the toxic taboo of male vulnerability. In the same vein, his lyrics transform the guilt-ridden narrative of sensuality into a relatable account of intimacy.

His voice summons euphoria as he sings, “If I share my secrets with you / Will you stay all night? / If I let you in my garden will you take a bite?”

Sonically, tension is created by combining a church organ with classical Indian instruments. The singer’s sultry tone invites listeners to embrace the tug of war between self-protection and unknown pleasure.

Kelly shared the inspiration behind “Eden” with ThisisRnb, via email. “Eden is the tug of war between what we’re told to want and what we actually want,” he shared. “I wrote Eden with one of my closest friends, Ashley Brooks, who is the love child of Brandy and Timbaland. The song keeps the sensuality of ’90s R&B as the core, while also incorporating classical Indian instruments.”

He continued, “As a cisgender male, toxic masculinity had corrupted my entire view of intimacy. This song reclaimed my ownership of that sacred territory. My body is my garden, and I’m very careful with who I let visit. Tension is at the core of it all. Just like the forbidden fruit, the song is decadent. It’s lust and love. It’s heaven and hell. Raw and polished. Smooth and choppy. It’s my truth.”

“Eden” is the first single from Amir Kelly’s eponymous debut EP — a cinematic soundscape detailing his journey of reclaiming his crown.

Stream the single below and on all digital platforms: