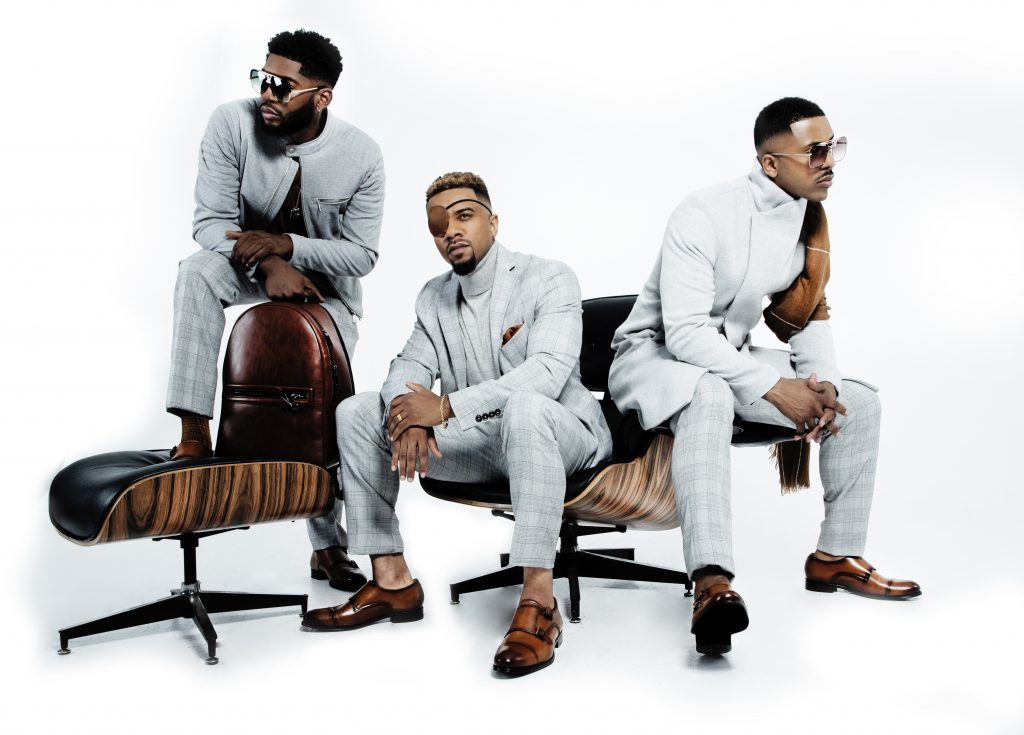 Almost three decades ago, the world was introduced to three pre-teens that would later become pioneers for the developing sound of R&B. At one point in time, R&B/soul band Immature dominated the genre with hits such as “Never Lie,” “Constantly,” “We Got It,” “Watch Me Do My Thing,” “Extra, Extra” and more. The group, though still young, also found success with acting, guest starring on many popular ’90s shows and even starring in the last two installments of the “House Party” franchise.

Shocking fans in 1999 by changing their name to IMx, the trio released two albums — Introducing IMx (1999) and IMx (2001) — under the new identity. And while their name may have changed during those years, it was clear that their sound had only gotten better. Under the name IMx, they released memorable hits such as “Stay The Night” and “First Time” with the latter of the two spending a good amount of time on the countdown for BET’s “106 & Park.”

Now, close to 20 years since the release of an official album,  the group has gone back to using their original name and is coming together for their reunion tour. In a sense, it’s also a reunion of day ones because they used to sing background vocals for co-headliner, Ray J. The tour will also feature special guests Day26, B5, and J. Holiday.

Their name is “Immature,” but they are no longer playful boys. They’ve matured into playful men with an endearing bromance. After achieving collective and individual success, Marques “Batman” Houston, Jerome “Romeo” Jones, and Kelton “LDB” Kessee, are set to revive our boy band fever.

ThisisRnB’s Rocki recently spoke with the “Constantly” and “Never Lie” trio about their journey, who they dig from today’s R&B, what fans can expect from the upcoming tour, their new music and more. Get ready for a blast of ’90s nostalgia that you’re sure to enjoy.

TIRNB: How have you matured into men since you first started as boys, in Immature?

Batman:  I feel like we definitely have grown a lot and we’re very mature in what we do as far as our lives and our business. But you know, we gonna be kids forever, you know, that’s just how it is.

LDB: Whenever we get around each other we act like kids and stuff.  We constantly make jokes and bring up old stuff. So when you say ‘immature,’ we act immature around each other. If there was a camera around us all the time, they will see why we do immature stuff. But for the most part, we are all grown; it’s just a name for us.

TIRNB: What’s it like to be one of the groups who are considered pioneers of real R&B?

Batman: That’s what’s so great and it’s a blessing to be able to still be making history. It’s a wonderful opportunity to be able to be back together on tour again and creating these memories and these moments for the fans and for the people out there that want to see it. It’s just incredible to still be able to do this and get on stage, as friends and as business partners, as well, and just do it again. That’s the exciting part about the tour; just being out on stage again, after like 15 years since we’ve been on tour together.

Romeo: I think that’s the best part about this experience, being able to do it together and for one, being healthy is key. A lot of times it’s not even that it’s like a disagreement that can happen with a group. It could be health reasons why someone’s not there. So I mean, the fact that we’re all healthy and we all are still brothers at heart just 100%, is the best feeling in the world.

You’re touring with Ray J, Day26, B5 and J. Holiday; that’s an awesome roster! So is there anyone on the bucket list that you still want to work with producer or artist wise?

Batman: I don’t know. We’ve had a very, very successful career and have been able to work with so many great and wonderful people. The thing about us is we’ve always made music from our hearts and done it for the fans and done it for the friendship of what we all have. We’ve worked with so many talented producers and writers and artists, and it’s been crazy. It would’ve been a dream to work with the one and only, MJ [Michael Jackson]. In the future, you never know what’s gonna happen. So stay tuned for that.

TIRNB: Who are y’all digging on today’s R&B scene?

LDB: If I’m listening to R&B, I’m going back to Bryson Tiller, the last thing he put out. Ty Dolla $ign; I like him, it’s a sing and rap type of thing. Tank is dope.

Right now, I think it’s missing. I think the game is missing that real R&B. Tyrese always is really instrumental in trying to put that R&B out. So, you’ve got to appreciate the guys like that. That really stay true to that R&B game, but it’s not too many left.

Romeo: I concur with all those answers, and old school Jagged Edge, that’s about it.

TIRNB: What if a movie studio comes to you and says, “We want to do a biopic on your life.” Who would you want to portray you? [This was the point during the interview when their playful side emerged.]

Marques: I would have to say Michael B. Jordan.

Romeo: I think I’m going to go with either Ice-T or Michael Ealy. … No, it’s a joke. Marques is always telling me Ice-T is my daddy, so that’s why I said Ice-T.

Marques: Honestly, I think who could play Kelton good would be Bryshere [Gray], from “Empire.”

TIRNB: The fans are looking forward to you performing your old jams. Any new music coming?

Batman: We have a greatest hits album that’s about to release with four new tracks on there of new, original music. So you know, you get all that. It’s a whole experience that you get with this tour and we’re really excited about it and we hope that everybody comes out and supports it because we just hope that we can excite the world, like the excitement that we have.

TIRNB: Can you give some insight into your new music? Talk about how your sound has evolved.

Batman: I feel like the sound has evolved because we’ve evolved as individuals, as grown-ups, as men. Music evolves every day. It’s not that you have to keep up because it’s not about trying to keep up with the times, but it’s about trying to do good music that you feel people will enjoy, and that our fans and our fan base can relate to. But then also something that the kids can like to put in their cars and play, too.

You have to cater to the audience that’s out there. We haven’t gotten too far away from our core, but you know, it’s still kind of up to date. We didn’t want to do music that was played out.

TIRNB: Give us a glimpse into what fans can expect from the TBTour.

Batman: It’s going to take you through our journey. We started as kids, obviously, in this business being so young and being out there doing our thing and we progressed into maturity. Putting that journey, that whole evolution of, you know, starting out so young becoming teenagers, becoming young men and becoming grown-ups. We did all of this in front of the public eye. So it just takes you through our journey as far as creating music and creating moments through our lives and through how we see it going and just putting that on stage.

Along with touring, Immature can be seen on the latest season of the VH1’s  “Love & Hip Hop: Hollywood.” Visit TBTour2019.com for tour dates and updates.

MAJOR. Releases Brandy-Featured Single And Video For "Even More"