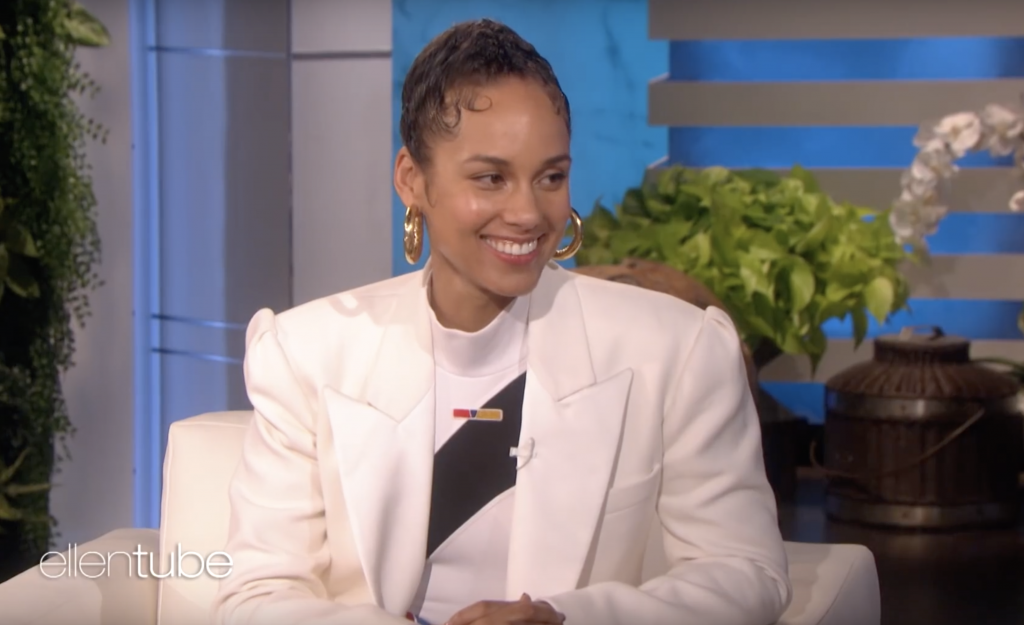 Alicia Keys, host of the 62nd Annual Grammy Awards, was faced with a difficult task. Legendary NBA star Kobe Bryant and his daughter, Gianna Marie-Onore, died just hours before the show, and shocked the entire world. She said they had to honor Bryant and the victims in some way.

Dropping by The Ellen Show Wednesday, the songstress opened up about the thought process on how they could properly remember them in such a short amount of time.

“We were all freaking out because, obviously, hearing the news about Kobe and his daughter was so tragic, and none of us can still believe it right now to this day,” Keys said. “It definitely was a crazy feeling because literally minutes before, we were going to do something else and we had to really figure out, ‘how could we properly honor him in his house on this night?’ It just so happened Boyz II Men was there, already, that night and we wanted to do something special; create something that felt like it was the right thing and we pulled it together. And it was just beautiful. It was like that magic that happens when it’s necessary.”

Keys, who also presented Texas high school senior DeAndre Arnold — the teen who was kept out of school for not cutting his locs — a check for $20,000, went on to tell Ellen and the audience how being able to honor Bryant’s legacy just hours after his passing felt.

“I was very honored to be able to share that moment with all of us. With the entire world. That we together could go through something that hurt so bad, together.”

In addition to the above, the “Show Me Love” singer also gave a raw performance of her new track “Underdog.”

Check out the full interview and the performance on Ellen below.