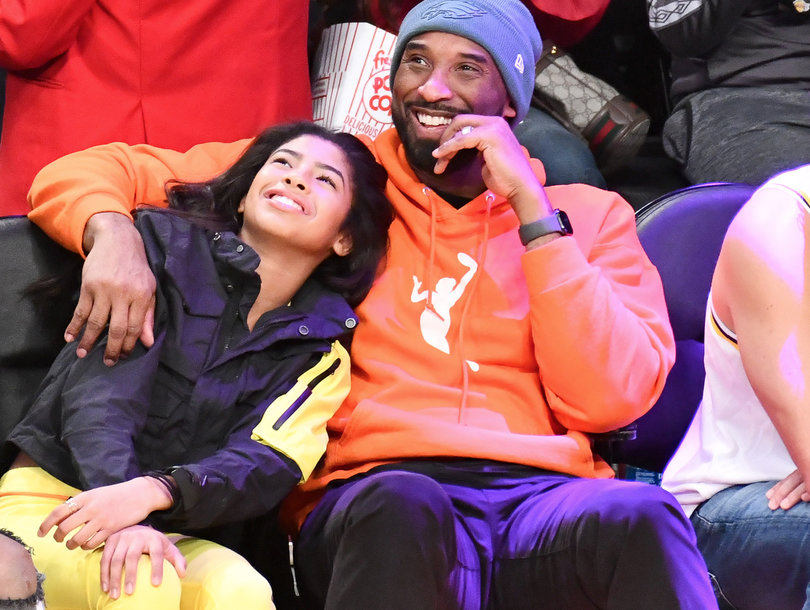 The sports world was rocked to its core Sunday afternoon (Jan. 26) with the shocking death of NBA icon Kobe Bryant. The five-time NBA champion, along with his 13-year-old daughter, Gianna Marie-Onore Bryant, were among the nine victims involved in a fatal helicopter crash in Calabasas, California. As news surfaced, a sports fans worldwide flooded social media with condolences and expressions of disbelief.

Prior to performing an all-star tribute for the late Nipsey Hussle at Sunday night’s annual event, 10-time Grammy Award-winner John Legend paid his respects to the Black Mamba with a heartfelt message on Twitter. He tweets, “I’m so sad and stunned right now. In Staples Arena, where Kobe created so many memories for all of us, preparing to pay tribute to another brilliant man we lost too soon, Nipsey Hussle. Life can be so brutal and senseless sometimes. Hold on to your loved ones. We miss you, Kobe.”

Outside the doors of the Staples Center, R&B’s past and present joined the rest of the world to pay tribute to Kobe Bryant and daughter Gianna. Smokey Robinson, Usher, Chris Brown, Neyo and Drake were among the seas of artists who took to social media with condolences, memories, appreciations and more to the two-time Olympic Gold Medalist. “Still having trouble processing this one. Our hearts go out to Vanessa and their entire family,” says Miguel.

As we mourn the loss of a true icon, take a look at the heartfelt reactions that the R&B community has poured out about the legendary player, husband and father. Our thoughts and prayers are with his family during this time.

My Brother, My Brother. Everyone knows when you are in my city and you play against my team we are opposition. All the other times You are my Brother and Brother’s and I respect you tremendously, I love you and I seed the understanding of the Black mans plight. We do not belong to that Boys Club, we barely have our own, so in saying that we Need each and everyone of us because there aren’t many of us. Not just because I am black, but because we have the least amount of Postive things to Show as a sign that we Can if we Want hard enough. Selfish of a human to want another to stay hear when it may just be our time to go. It still doesn’t change the fact that we needed to see you grow and age and now we won’t. For all my LA Family and Friends I’m heart broken for you and the city! To Those Girls I send my Deepest Thought I’d Resolve, strength and power. We only ran into met Once and I’m extremely upset it won’t be more as you are part of my generation. Rest 24-8!

Just a few days ago you opened up your heart and bought out theatres for the inner city. We got a chance to chop it up. My heart breaks looking back at this. #mambalove RIP #24

1978 – Only 41 only had daughters I was born in 78….. I’m 41 with only daughters This all happened 6 mins from my house, this is all hitting different – Paul Walker 40, John Singleton 51 if you have never committed your life to Christ this is the moment right now….. I am completely depending on Jesus to HEAL and RESTORE…… Vanessa Bryant and the kids I hope and I pray that the the lord Jesus Christ invade your home and your heart and create comforts in your discomfort, an elevated level of covering over your mind, traumas and shock…… I posted about Paul and John and Lashawn Daniels cause this all happened SO fast, so abrupt and so tragically we are all back here in this place again…… This vulnerable place….. Please God give us clarity, heal our hearts and unleash your love and restoration!!!!!!!!!!! Prayers for the Bryant’s omg I’m so sorry about this all

RIP to one of the greatest that ever did it! Peace and love to his wife and kids man! @polowdadon you made me watch all of Kobe’s hi-lights one day and I never sense doubted that he was the greatest of our generation. To the other people lost in this tragic incident prayers going up for you and your family.

Still having trouble processing this one . Our hearts go out to Vanessa and their entire family