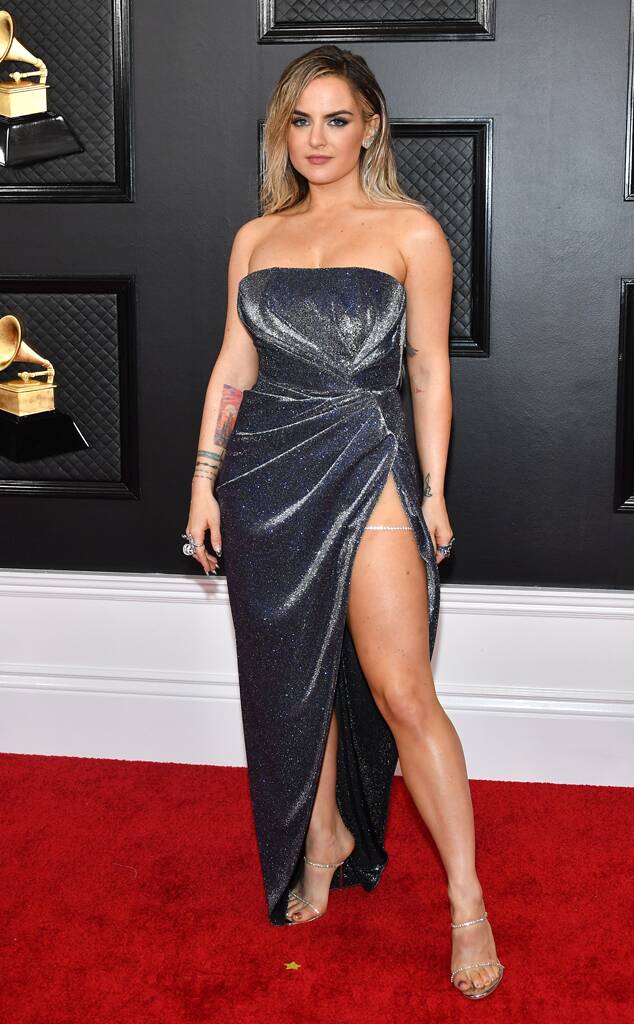 After 16 years in the industry, fans of R&B songstress JoJo can say that she’s finally gotten her public flowers.  The “Leave (Get Out)” hitmaker earned her first Grammy award Sunday night at the 62nd Annual Grammy Awards. JoJo ,29, received the award for “Best R&B Song” for her guest feature on the PJ Morton‘s hit single, “Say So.”

Released via Morton Records/EMPIRE in February 2019, “Say So” appears on Morton’s latest album, Paul. “Say So” is the first-ever collaboration between the two singers who actually met on Instagram. Though a veteran in the industry, JoJo’s musical journey has been a rollercoaster since the release of her debut album JoJo, a joint release through Blackground and Universal. Throughout her tenure, JoJo has been signed to Interscope, Atlantic and Warner Bros to now taking career into her own hands as an indie artist.

After the win, fans of the Foxborough-native went into a celebratory frenzy on social media. Among those sending their congratulatory notes was newly signed Roc Nation singer Tinashe. See what fans had to say about JoJo’s major accomplishment below.

You deserve all the accolades !!

jojo deserved to win a grammy when she released “too little too late” https://t.co/1eVQApSMCN

this woman deserved a grammy at the age of 13 when she released Get Out.. congratulations to you @iamjojo this is LONG overdue ! ❤️ https://t.co/mZP08kLThf

Hitting the Staple Center red carpet in a gorgeous gunmetal strapless Ray Costello gown, the event marked JoJo’s first time at the ceremony. Upon her arrival, she told People, “…16 years into my career. When I was 13, I told myself I didn’t want to go to the Grammys til I was nominated. I was just like, ‘No… I wanted to save it for a special moment.’”

Like the rest of R&B, JoJo also took a moment to honor the late-Kobe Bryant on social media. Posting an Instagram photo of the five-time NBA champion and daughter Gianna, with the touching caption, “A king and his princess. Inconceivable loss. Know all of our hearts are with the Bryant family. Can only imagine his wife, Vanessa’s pain. There is a true heaviness in the air around the Staple Center, his kingdom, right now.”

If anyone is deserving of this moment, it’s definitely the talented songstress. Congratulations, Jojo!

Check our her interview with People below.

.@iamjojo Opens up About New Music and Her Journey to the #GRAMMYs pic.twitter.com/dTKEGTVbXX