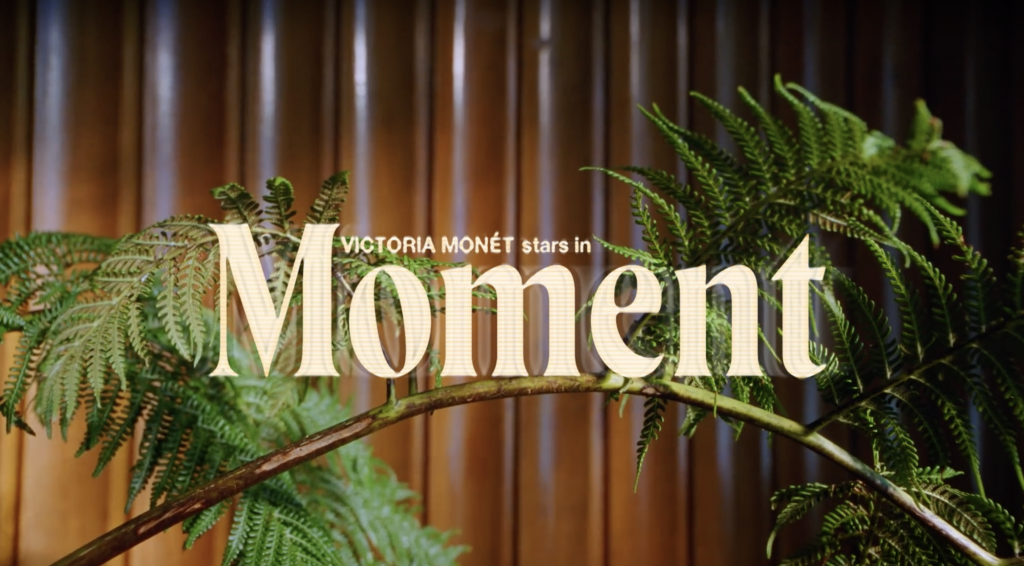 Just a few weeks back, singer-songwriter Victoria Monét delivered her latest single titled “Moment.” Now, after the positive feedback from fans, she has released the video to accompany the buzzing track.

Showcasing Monét and her significant other in a fantasy world, the two appreciate their time together as an underground world holds the songstresses past moments. Cutting in between the two worlds, director Valentin Petit, does a great job at making the video more intriguing. The sexual attraction between the two lovebirds continues until the last 40 seconds of the visual, when Monét walks away leaving her lover to become a memory of her past.

Monét — who is known for frequently collaborating, with longtime friend, Grammy-winning songstress, Ariana Grande — is now determined to place her focus strictly on singing and performing versus songwriting for her peers. During a recent Beats 1 on Apple Music interview, the talented singer said:  “I really love performing. I never really imagined being a strictly-behind-the-scenes type of creative.”

Also speaking on the duality that the song can hold, she said, “The title of the song, now listening back to it, means a lot because one of the key lines is “and it’s your motherf**king moment” and I feel that now. But the song is actually about sex.”

Da'Zhane Johnson is a young, upcoming journalist who studies at Clark Atlanta University. She has a fascinating passion for music and loves to watch the progression of artists.

Justin Timberlake, SZA Team Up For “The Other Side”