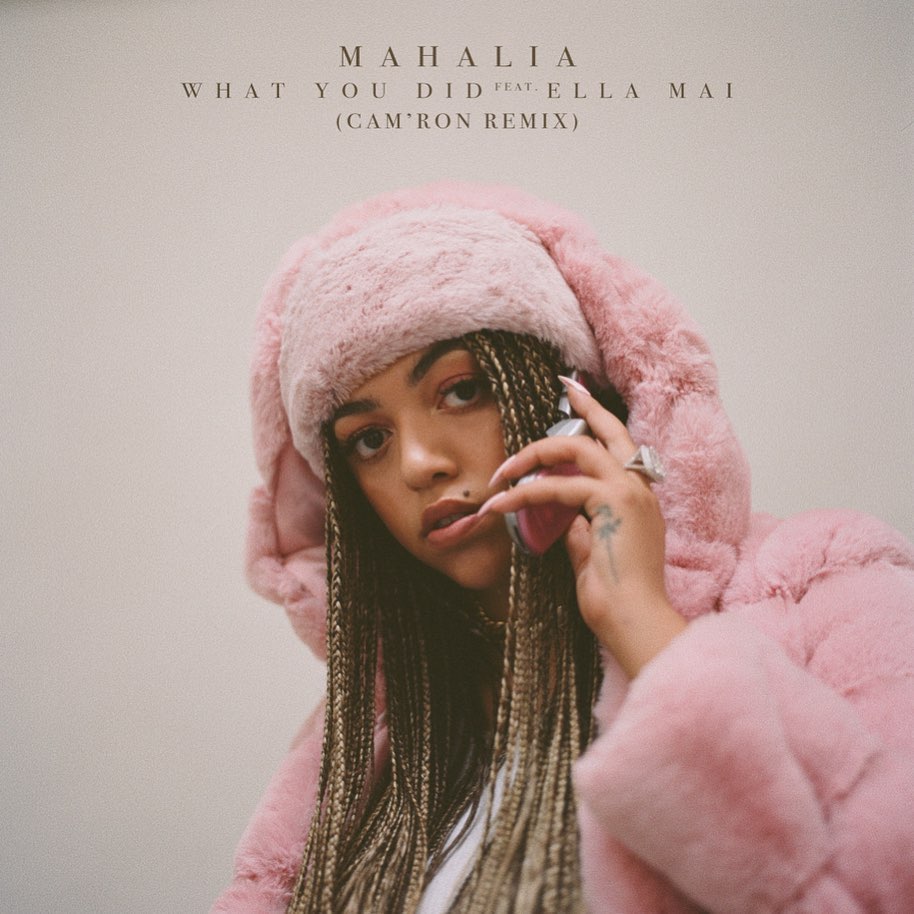 British R&B singers, Mahalia & Ella Mai have tagged rapper Cam’ron in for the remix of “What You Did.” The biggest takeaway from this collaboration is chemistry; not just between the singers, but also in the way Cam’ron connects with the song. The bedrock of “What You Did” is a sample of the rapper’s 2002 hit, “Oh Boy” — which features Love and Hip Hop: New York star, Juelz Santana. This makes him a befitting guest artist for the remix.

In the track, the New York rapper spices things up with his verses while contributions by the singers remain untouched.“What You Did” is featured on Mahalia’s critically-acclaimed debut album Love and Compromise, which was released last year. The album made her an artist to watch and got her multiple awards. This year, Mahalia will be making appearances at concerts like the Reading & Leeds Festival, Parklife Festival, Latitude Festival, and headlining her own show at London Brixton Academy on May 1st.

Take a listen to the new single below:

Maxwell Heading Back To The Symphony Stage, Announces Tour