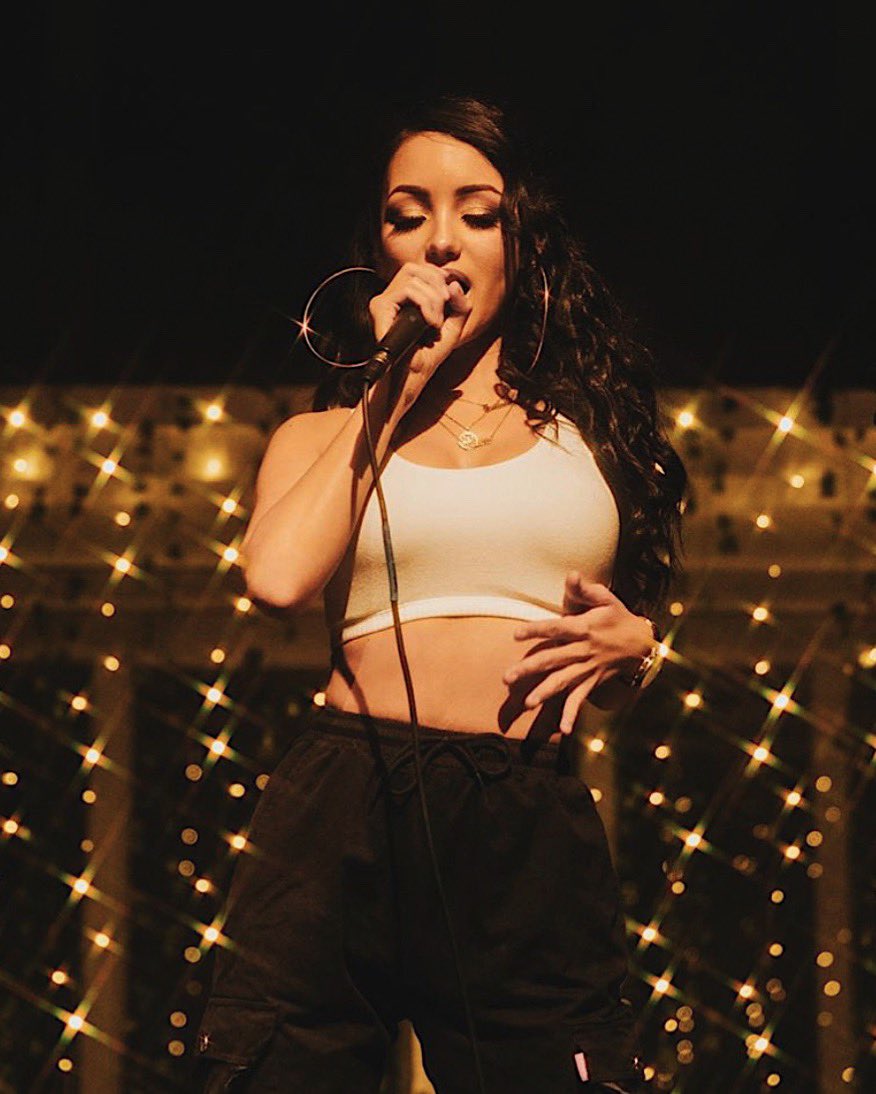 New to R&B, popular model and MTV personality Melanie Iglesias enters the second act of her career as a recording artist with the first release of 2020, titled, “L is A B.” A personal ballad, the Brooklyn songbird chronicles the horrible price of fame after being betrayed by a life-long friend.

Inspired by the years of both prosperity and turbulence in today’s entertainment industry, the songstress reflects on the insanity and unrealistic demand that comes with being in the public eye. Best known for her roles on popular MTV series Guy Code, Girl Code and Guy Court, Iglesias went viral with over 50 million views on her new YouTube series, The Melanie Iglesias Flip Book.

Discussing the ugly that often accompanies fame, she reveals how a taste of mass praise can change people and not in the way that she suspected. Touching on the severities of mental health, fans are allowed to view the person behind the lens and the demons she endures daily navigating through Hollywood.

The song’s lyrics are eye-opening with revelations of depression, heartbreak and mental anguish. Filled with rage, Iglesias lashes out at the simple thought of a former friend and her treason singing, “She was a bad bitch / Calls herself a savage / She said she loved me / Just to elevate her status.” Charging it to the game, she continues, “Life is a bitch / Love is a game / Sometimes people change / When they get some fame.”

The catchy single is a follow up to Iglesias’s 2019 cut “Obvious” and while her third single, “L Is a B” will be majority of the R&B landscapes’ first-listen of the model-turned-singer. Recently wrapping up the last leg of the nationwide, “We’re Just Girls Tour” with buzzing singers Charlee Remitz and Sara Phillip, the singer is currently recording her anticipated debut project which will be released on her own imprint in late 2020.