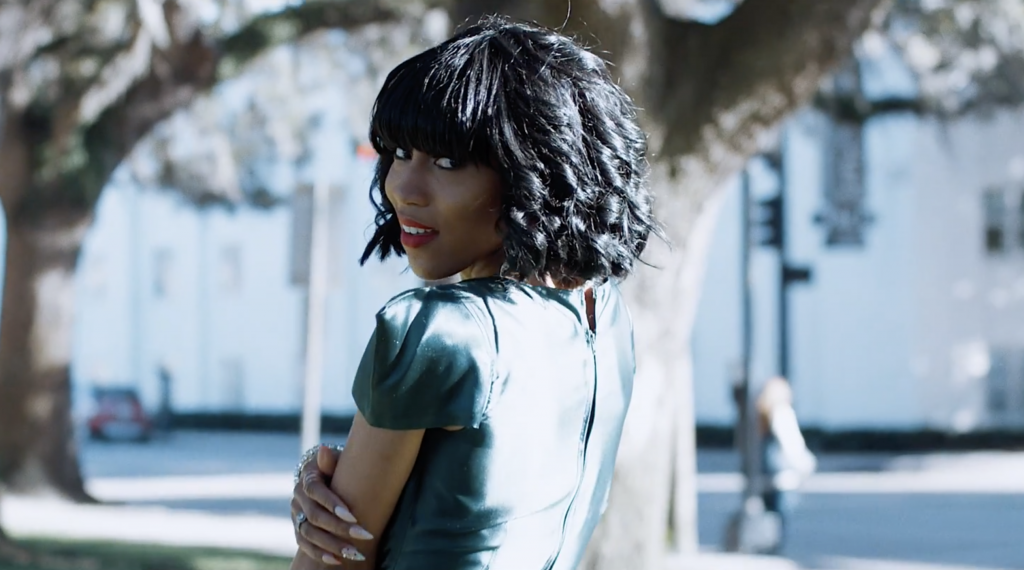 Dondria has returned with the music video for her latest single, “Take You There,” which was released last year. In the song, she sings over a smooth and bass-heavy beat produced by First Kontact Music Group, Wavy Davy, JP, & VXLLXY. The G Visual-directed video features the singer bringing her lyrics to life in front of an ocean view.

One notable connection between the song and its accompanying video is how the visual represents the poetic lyrics, which in turn, helps viewers understand the singers state of mind. In one verse, she sings romantically, “Can’t trust these black mirrors / Perception is deception / That miss in your dictions / Misdirection.”

“Take You There” will be featured in the So So Def singer’s upcoming EP, Perspective due for release later this year.

Catch the video for “Take You There” below.