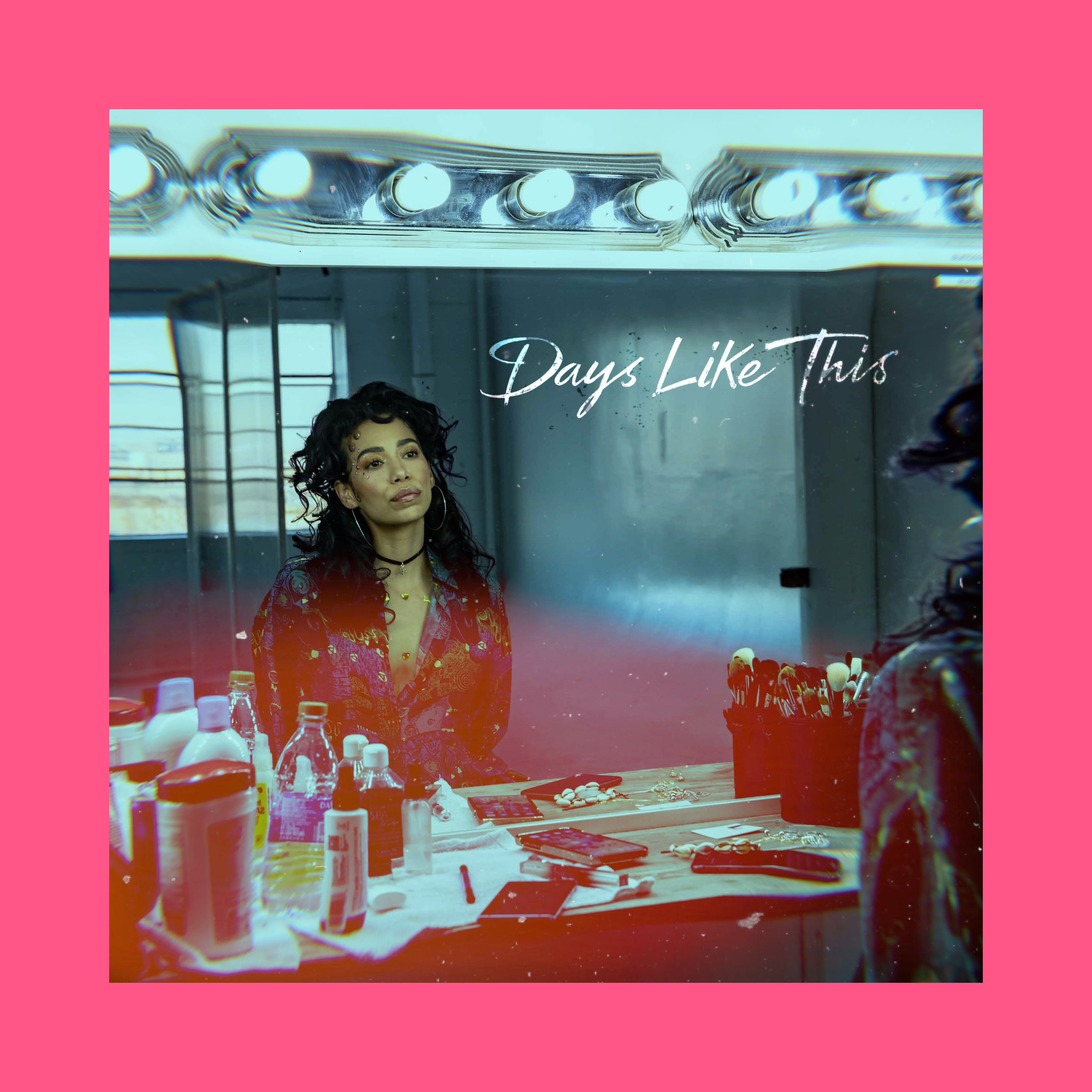 By Raquelle "Rocki" Harris on Apr 06, 2020
Take a break from your binge-watching and peep the video for Amy Correa Bell’s “Days Like This,” a trippy midtempo groove. It was produced by 100Million for 237 Music Group. The Southern Cali native takes the viewer on a tour of her personal space, sharing her vibe and infectious energy.  Directed by TOTL, the montage alternates between Bell dancing around her private suite, and enjoying time outside to herself.
Mesmerizing production blinds the overcast and illuminates a truthful song about the battle between light and dark.  Her loneliness is juxtaposed with isolated independence; a night of no sleep, a wish that turns to hope, a dream realized without knowing, a day that turns to night and back to light again.  The visuals define a time and season in which we reflect on our reason for living. At the end, the masked singer closes with a brief piano solo.
Bell, who is the wife of Ricky Bell, from the iconic New Edition and Bell Biv DeVoe, said her experiences with shady characters and work ethic in the industry inspired the visuals for “Days Like This.” Dealing with the industry led her to show how she isolates herself while figuring out her own special place to create and express without outside negativity. She wanted fans to connect with her on an intimate level, revealing her true colors and expression without judgement.
By defining her own brand of music, Bell is poised to lead us through the 2020s by ushering in a new era of urban retro pop. She will deliver her dynamic style with custom blends of urban pop, new wave and R&B, from her 80s and 90s inspirations.
Get into “Days Like This” now, on Amy Correa Bell’s YouTube.
Tags: Amy Correa Bll,Days Like This,Ricky Bell