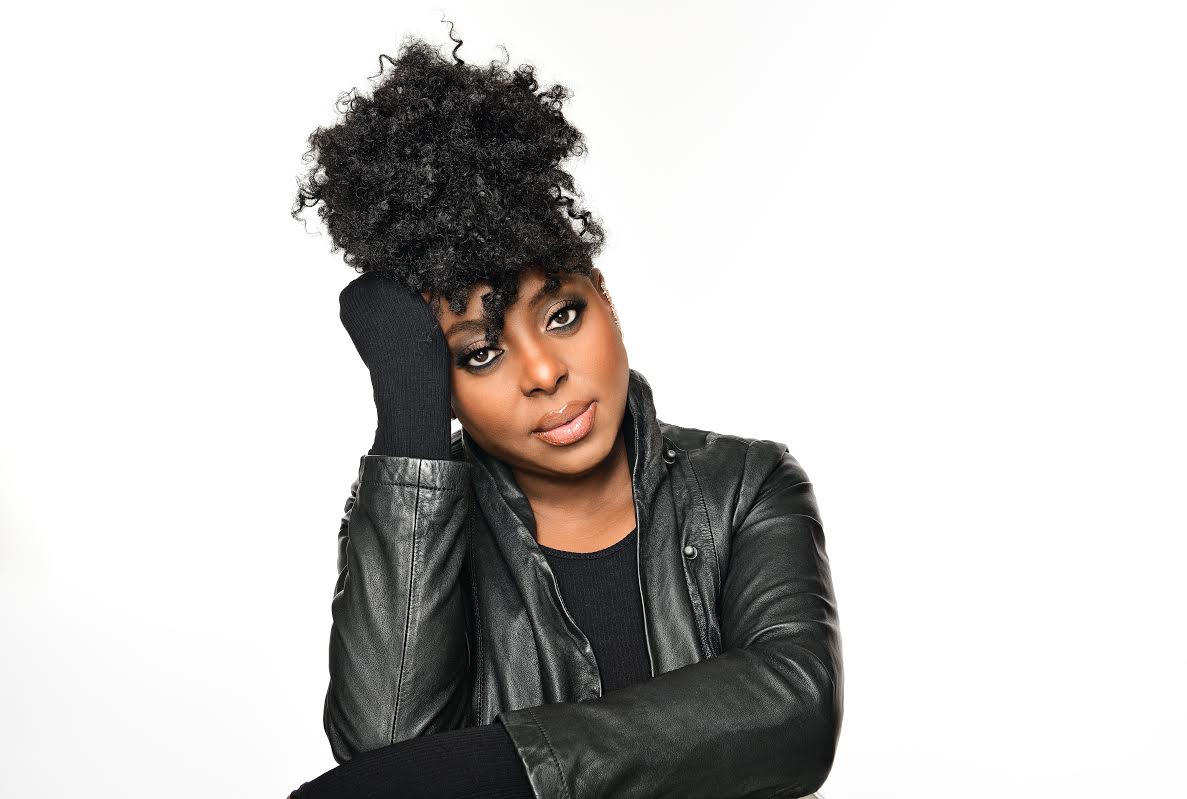 The true measure of exceptional music is when a song can occupy any moment in time. It accompanies us whether we’re celebrating success or coping with tragedy. This is what Ledisi’s new single “Anything For You,” represents. True to her trademark sound, the bluesy anthem is a sage for souls that are enduring a range of emotions. Released on the soulstress’ own imprint,  Listen Back Entertainment, it is inspired by a conversation with her long-time producer/collaborator, Rex Rideout. It also features guitarist J. Mo [Jairus Mozee].

The Grammy-Award winner’s lithe vocals exude undeniable energy as she sings, “If God took me away today, I pray I did everything I could to honor you. … I will love you past forever/I will do anything for you/You are my life/One means us two.”

Ledisi’s stunning performances range from Broadway to the Obamas. So, there’s no one better to bring us together as we love each other and thrive through the current global crisis. It sounds like a soulful serenade to her husband, Ron T. Young, but the singer/songwriter insists “Anything For You,” can apply to any relationship.

“I wanted to make sure it was for anybody, not just one way, so I loved that we kept it general,” she said. “I’m always thinking about putting out light. People will always need music to get through, and this was the perfect time for us to put out music.”

Around the same time the quarantine kicked in, the sexy nerd  became a podcast host and producer with the launch of,  “Listen Back: Creative Conversations with Ledisi.” Produced along with Young, it features industry icons such as Stephanie Mills, Regina Belle, Lisa Fischer and Gordon Chambers.

“I’m creating a lot. I’ve learned how much I needed this time and space to enjoy my family and to complete projects that I’ve been sitting on,” she shared. “The podcast was just sitting there. And it’s motivated me to do more things that I didn’t think I was worthy of doing, but I’m learning more about my worth and I’m reading more; I’m writing more and I’m  taking my time to make excellence.”

“It made sense to give people something else to feel inspired by. It was a natural movement,” she recalled. “I just wanted it to be our conversations that we have that people aren’t lucky to hear. It wasn’t planned, it was free air, it was natural. These are conversations that we have between us so I felt like, wow, we can actually teach somebody else about our journey.”

During the episode with Stephanie Mills, the R&B diva who gave us hits like “Home” and “I Feel Good All Over,” revealed that she is not recording new music. After Ledisi joked about changing her mind, Mills relented and said that if she does record again, she will consider working with Babyface.

Ledisi is the arbiter of her brand across multiple mediums because of the wisdom earned from a career spanning over 20 years. She has transcended from artist to label owner, and now, publisher. She is the co-founder of Chinweya Publishing, which released her January, 2020 book, “Don’t Ever Lose Your Walk: How to Embrace Your Journey.” Instead of grandstanding about how she has overcome rejection, depression and deceit, she manifests to her own rhythm.

“It’s okay to protect your peace. [It’s about] growing into yourself and being able to speak up and say ‘I don’t want that,’ or ‘I want this,” she explained. “Sometimes we’re afraid to speak up because we’re going to hurt someone else’s feelings when really we’re just going to hurt ourselves if we’re not being true. Part of my growth is being able to speak up for myself. It means the world to have my own imprint underneath my music. I’ve kind of earned partnership in my music — partnership in anything that I create.”

Stepping into a legendary role, Ledisi will portray the magnificent Patti Labelle, in the second season of BET’s “American Soul.” When asked about her preparation, her response reflected the diligence with which she executes her craft.

“I just thought about how she talks and how she moves and bats her eyes,” she said. “I was trying my best; when you see the pictures, you’re like, ‘Whoa, who is that?’ Patti’s always making jokes like, ‘You’re one of my family, you look like one of my family members. I enjoyed wearing the costumes, so I hope I made her proud. I didn’t tell her [Patti] until it was over because I was scared to tell anyone. “The only person that knew was my husband because I had to leave town, and management. But I didn’t tell a soul, I didn’t even tell my mama, I was quiet about it because I was so happy to play a human that I love so dearly.”

Just as “Anything For You” delivers the vibrant energy of spring, Ledisi’s upcoming album will keep our summer lit with  “authentic and organic R&B.” An official title was pending when she spoke with ThisIsRnB, yet she confirmed a few of her fellow musicians will join her.

“Definitely Robert Glasper will be there. I love that it’s not overly done. It’s just music and keeping it simple,” she said. “I’m excited about what people will hear because I’ve done it already and after that, there’s nothing else for me. It’s what it is. It’s out there and I can’t change it. So hopefully people will love it. If they love ‘Anything for You,’ it’s the sneak peek into what else is coming; it has that down-home loving and that’s what I want.”