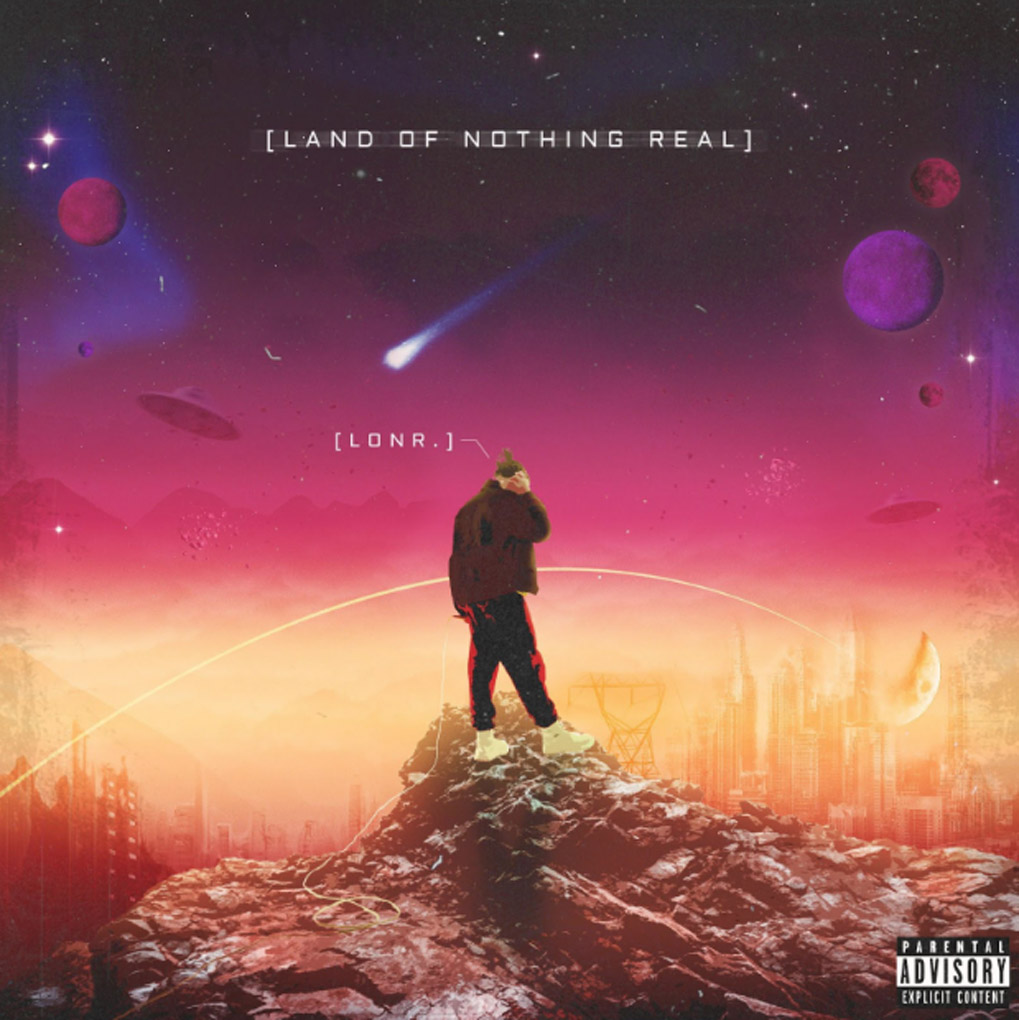 Earlier this month, Lonr. released “Make The Most” (featuring R&B Princess H.E.R.) and announced the release date of his debut EP, Land of Nothing Real. Today, the 2x Grammy Award nominated singer has shared the project with the world. The seven-track project features two guest artists — H.E.R. and 24kGoldn — and finds the budding star in his element.

Debut projects are special to artists. They usually tie in elements that represent them in cover arts, songs, and song titles. In Lonr.’s case, the EP title is that special element. Many might not notice this as they enjoy his entrancing vocals and soul-baring lyrics on the project but Land of Nothing Real when abbreviated means ‘Lonr.’

Speaking on the inspiration behind the project’s title he says, “I always zone out and go into my own little world, that’s the Land of Nothing Real.” He adds, “If you don’t like where you are, you can escape into another realm. This project is really about love, longing, and desire. Those topics are always on people’s minds. I’m examining them with melodic and dreamy songs.”

Some of the standouts in the EP are “Safe Zone,” “A.M.,” and “Time.” Listen to Land if Nothing Real below: