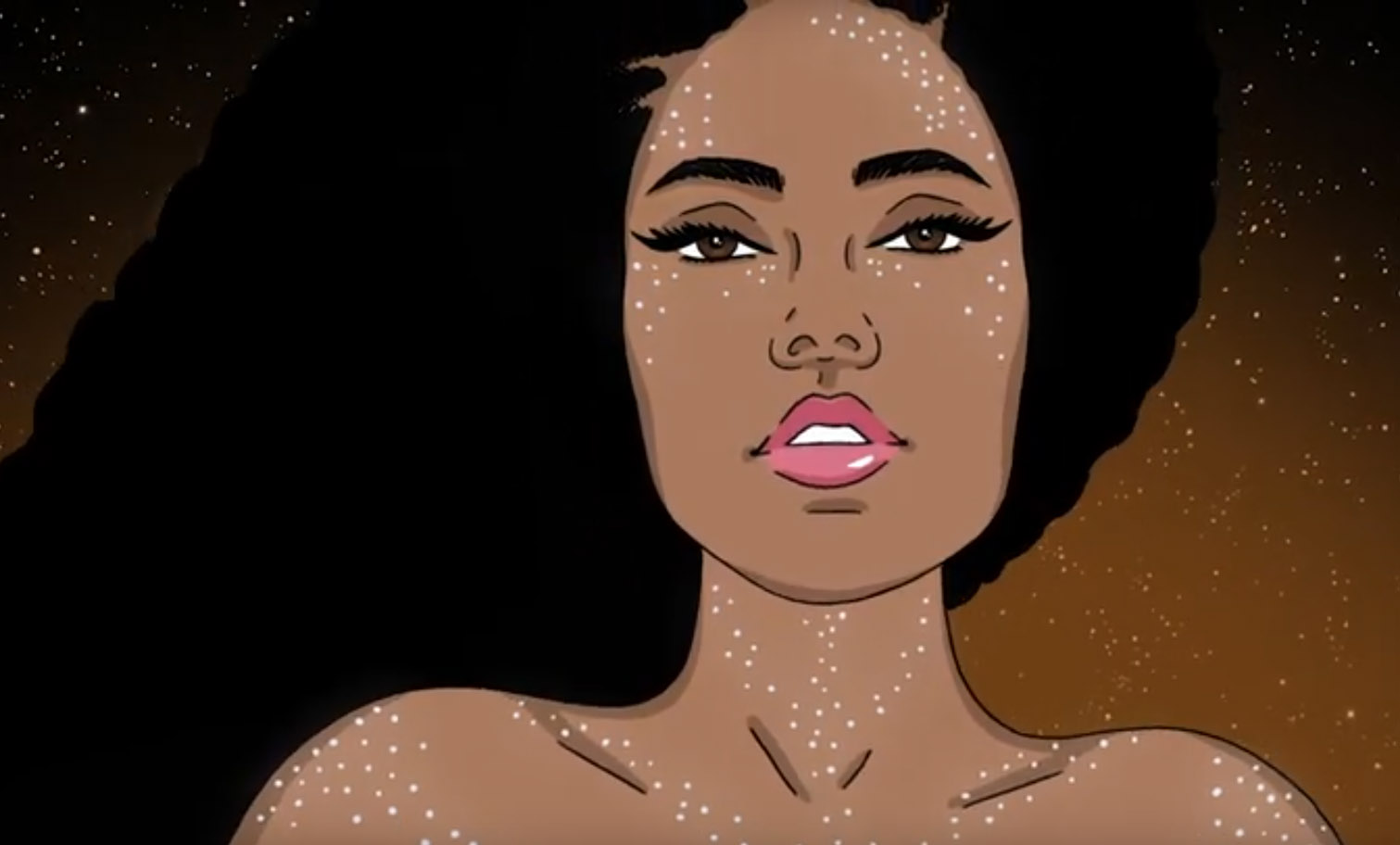 Los Angeles based singer, India Shawn has unveiled the music video for her single, “Not Too Deep” featuring 6Lack. Director Charleene Al-chamaa captured different shots of Shawn as she performed. She’s literally shining like a diamond. Thanks to Robin Eisenger’s animation, viewers get to see cartoon counterparts of both artists floating through the galaxy like celestial bodies.

Breaking down the concept of the video, India Shawn says, “Not Too Deep” is about stepping out of the normal constructs of a relationship, so I decided to visually step out of my norm. I shed my typical comfy wear & vans to reveal a more bold, sexy, yet vulnerable version of myself. I had an amazing team that spent countless hours hand gluing Swarovski crystals to my body. We put a lot of time & energy into the details, and it shines through.”

Shawn champions self-love and divine femininity within her soulfully sultry, psychedelia-infused R&B. Breaking into the business during 2010, she penned songs for artists like Chris Brown, Diddy, El Debarge, Keri Hilson, and Monica as part of the writing collective Full Circle. In 2019, Kanye West sought her out to perform as part of the historic Sunday Service at Coachella 2019.

Watch the music video for “Not Too Deep” below:

Lonr. Shares His Debut EP With The World