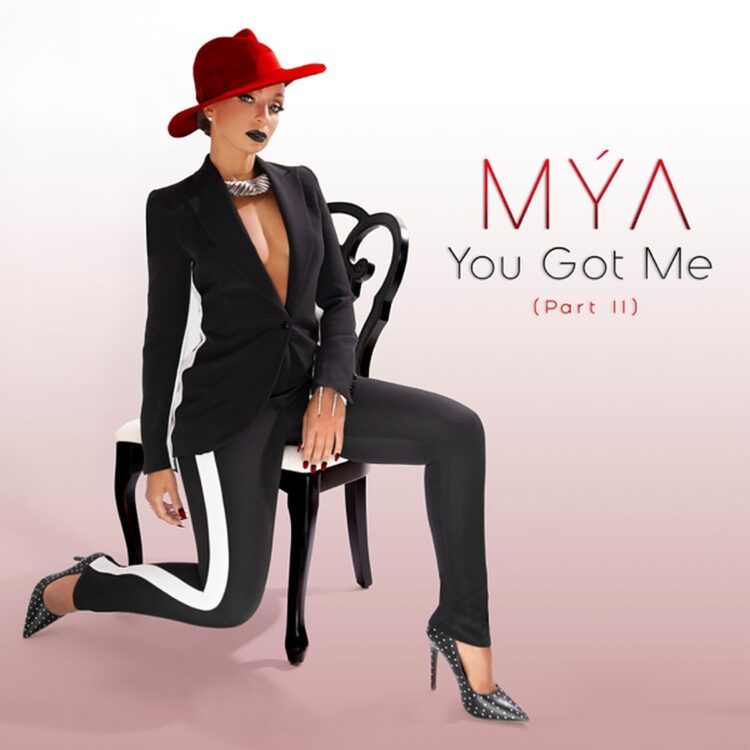 In celebration of 22 years since her classic self-titled debut album, R&B veteran Mya is gifting her loyal legion of fans with her new single “You Got Me (Part II).” The track is a conceptual continuation of 2018’s “You Got Me” from her T.K.O album. The song’s sensual, hypnotic production is handled by veteran Virginia producer BINK (Jay-Z, J.Cole, Kanye West, Keyshia Cole). Sonically, the song is just what the doctor ordered. The track’s 90’s inspired production is sure to appease the singer’s longtime fans, and it has enough contemporary appeal to attract new listeners as well. Honestly, this single deserves a huge promotional push as it screams hit from start to finish.

Lyrically, the song chronicles the singer’s realization that she has unexpectedly feelings for someone she had no intention of falling for. “You got me boy/Yeah you got me/I thought I was stronger than this/
You had at me hello/ I ain’t use to this” she sings with conviction on the song’s hook. Vocally, the song employs everything we love about Mya. In the verse, Mya’s voice is rich and robust which is a great contrast to her light, brighter tone in the song’s multi-layered chorus. Mya’s has one of the purest, most angelic tones in the game and this song is a reminder of why she is a celebrated figure in R&B. Hopefully, Mya & BINK have more songs in store for us because this pairing was a musical match made in heaven.