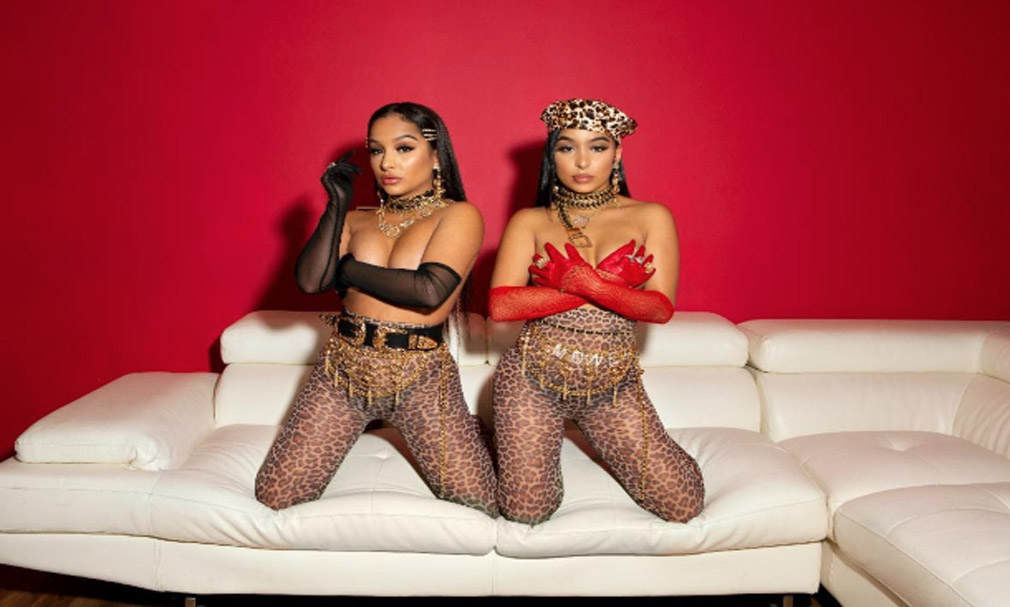 Sianney and Angelise Garcia, better known as the SiAngie Twins, aren’t the same little girls we were introduced to in 2017 on  MTV’s My Super Sweet Sixteen. Today, for their 1.8 million on Instagram, 3.4 million on Tik Tok, and 344k subscribers on YouTube, the 18-year-old identical twins shake off the bubble gum pop to introduce a much more mature sound in the release of their new EP, cliche-titled, Good Girls Gone Bad.

Available below on EMPIRE/DSG Music. The 10-track follow-up to their 2018’s Innocent Savages, combine the influences of their youth with a modern vibe to create their own unique lane in the music world. A declaration piece that signifies their transition into adulthood.

“Our EP is very versatile and timeless. It crosses a lot of different genres. We look outside the box when we’re recording a project, not just what the sound is right now. The music we make will always last beyond this era,” explains The SiAngie Twins.

The twins hosted an EP listening party in Philadelphia back in March. Bringing out fans, friends, and family like their boxing superstar big brother Danny “Swifty” Garcia. Watch the official recap above.

Good Girls Gone Bad features a noteworthy guest appearance by the female rapper, Dream Doll. On the boards, the project features production by platinum producer Jahlil Beats. The project is supported by four visuals for songs, “Watch Me Go,” “Aquella Vez,” “Never Be Me,” and “Splash.” Shaking the gimmicks and child’s play, the new project is fun, sultry and bold.

Get familiar with the new SiAngie Twins now.