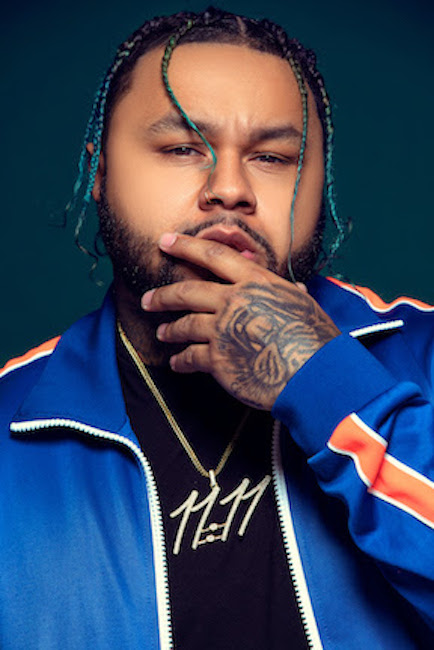 Take note of the name 11:11. The Toronto-bred singer is taking his talents to Atlanta for his latest single “Me, Chanel & Jameson.” The sweet, sultry track takes you on a unique ride through the A in his accompanying visual.

Cruising the streets, 11:11 passionately sings about what he needs. Produced by KEYZBABY (Bryson Tiller, Chris Brown & Wale) and Theron of Rock City (Lizzo, Rihanna & Usher), this is the type of music you vibe to and that’s how the song came about. Back in December, 11:11 was working in an Atlanta studio, and asked a girl to pull up. While drinking whiskey and listening to music, it dawned on him. “In that moment, amongst the new tunes being blasted out the speakers; the blunt and jamo being passed around; shorty looking at me, watching me, is when I captured ‘Me, Chanel & Jameson,’” he told Flaunt.

Described as having a signature R&B/trap sound and smooth melodic voice, 11:11 has built a strong fan base with his previous projects. That includes his 2016 self-titled EP, where his lead single “You” amassed 20 million streams on Spotify, according to his PR team. They said he followed up that success a year later with silky slow jam “Good Love” garnering more than 14 million streams. Then in 2019, the single “All Year” from his Mood EP also toppled 14 million streams across all platforms.

The Atlanta scene will remain as the base for his forthcoming debut album. In the meantime, check out “Me, Chanel & Jameson” below:

New Video: Alexi Paraschos releases “Mine” along with visual album