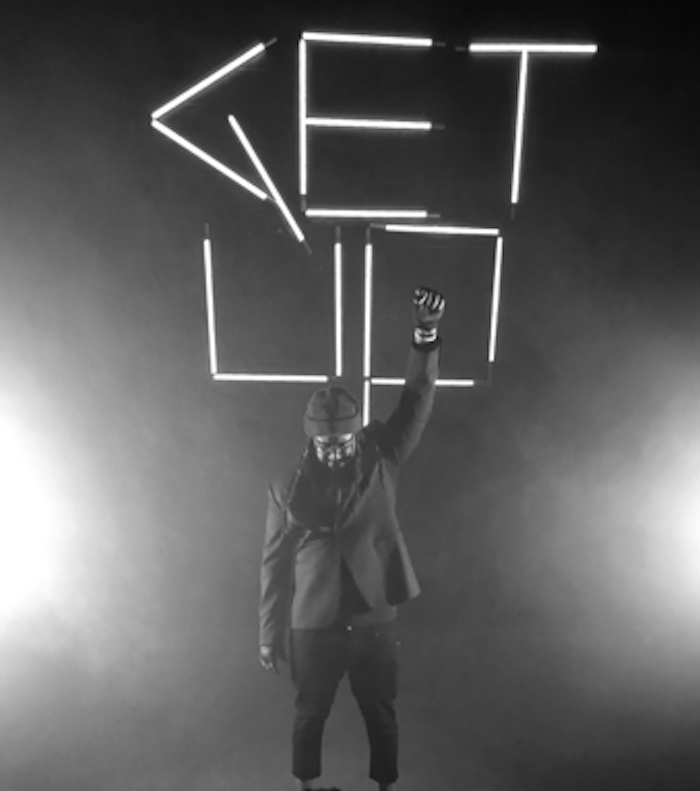 T-Pain is speaking up about the pain America is facing right now. He dropped a new single, “Get Up,” with an accompanying visual to inspire others to rise up during these difficult times. Police brutality has captured the headlines with the killing of several unarmed black citizens, and he hopes the track will encourage listeners to take a stand.

The Nappy Boy Films directed video starts with a relevant snippet from a Malcolm X speech. Then Pain, in a dark room lit by the words “Get Up” in red LED lights, gives a passionate performance to match the lyrics. He beats his chest and sings “the only thing that matters is what you gon’ do when you get up.”

The timing for the track couldn’t have been better.

“This song was actually meant to come out at the end of March, but I decided to switch it out last minute and release “Wake Up Dead” with Chris Brown first,” T-Pain said.

“We had all of the artwork and marketing assets created months ago. It’s very ironic because it all has so much more meaning to it now with everything going on in the world. I thought it was silly to hold this song. I want people to be motivated, inspired, and to continue to Get Up and push forward.”

On top of the message, he’s hoping to actively help in the fight for equality. He created merchandise to coincide with the song’s message, and proceeds from sales will benefit the Crime Survivors for Safety and Justice.

Check out “Get Up” below: