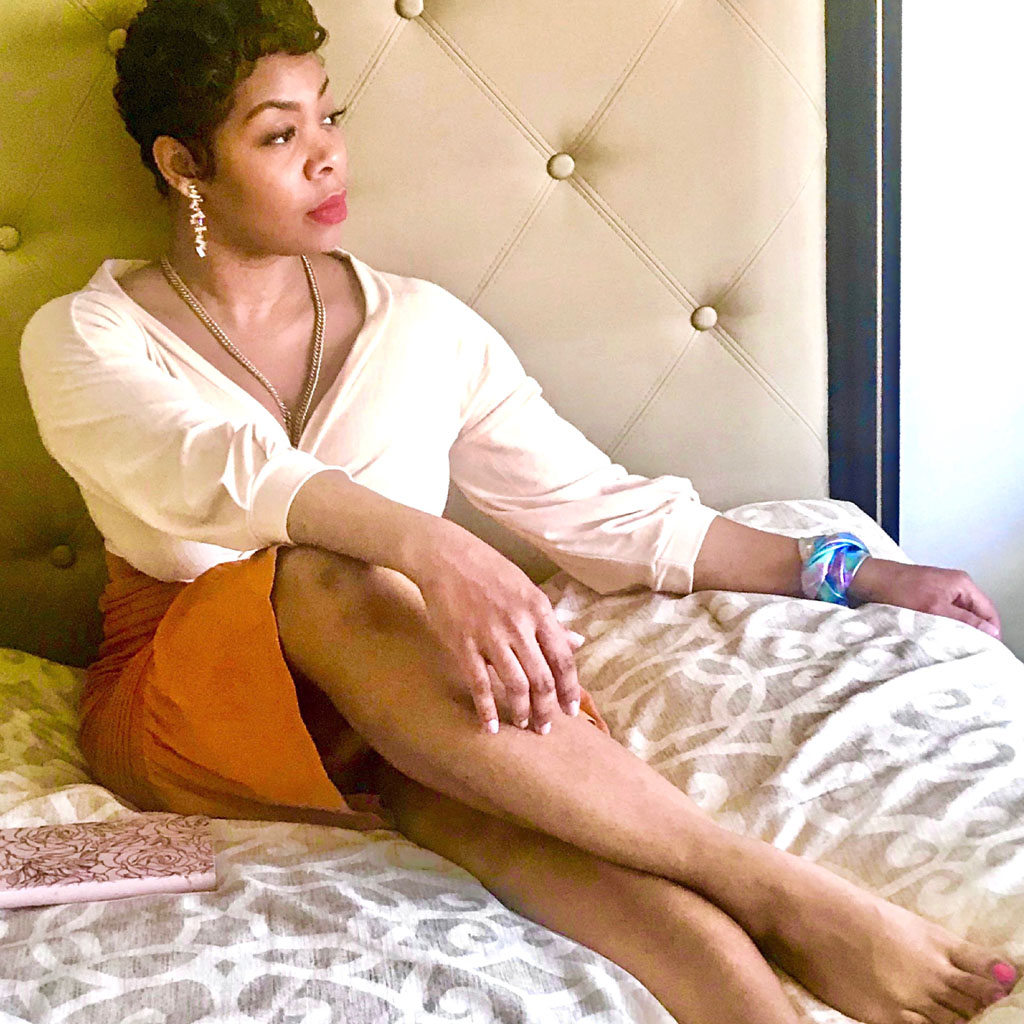 That moment when you hear a voice and it sheathes your whole being. You stand still ’cause you dare not miss a moment of its euphonious sound. Zania Alaké (pronounced Zuh-nee-uh Ah-luh-kay) delivers this every time she parts her lips to sang. Yes, the sultry songbird doesn’t just sing — she sangs. Hailing from Detroit, she is ready to command the masses with her debut single “Tempted,” a mid-tempo, sensual groove. Released on Evry Music, the song is produced by Dean Beanz and Kristopher Crosby. Led by tribal drums and an undulating piano, it’s a whole hypnotic vibe for days of relaxation or lustful pleasure. This is her debut single, yet to describe Alaké as a “newcomer” is remiss because she has been grinding for “about 10 years,” singing background vocals for local artists and R&B mainstays such as Phil Perry and Tyrese.

“I’ve always wanted to be a singer. I’m vocally trained, but in the beginning, I was afraid to sing because I didn’t think I had it,” she recalled. “I started off by going to open mics and then I started to develop a little bit of a following and that got me into doing background singing for some of the local artists … and then eventually, [for] Tyrese when he came into town.”

The mother of two has the work ethic of an industry vet as she shows that her gift is a small part of her path to success. Her determination to get through life’s delays and duties has led to the upcoming release of her highly anticipated EP Finally, due out this fall.

“While working on my EP, mommyhood came into play and put a temporary halt on things. But things happen when they should. It made me stronger and more creative,” she shared. “I want to speak through women and for women. My music is about our love lives, happiness, sadness, struggles and perseverance. We are a force. No one can tell our story better than us.”

Some of Alaké’s notable milestones include co-producing a tribute show to fellow Detroiter, Anita Baker, and performing in the posthumous festivities honoring the Queen of Soul, Aretha Franklin. Describing herself as “jazzy R&B,” her aura emulates the soul-school legends whom she notes as her inspirations, Baker and Donny Hathaway.

Inspired by conversations with friends, “Tempted” is real talk about loving your bae while resisting your carnal urges. Alaké’s lush vocals breathe an edgy tale “about being with someone and thinking about someone else. Although you are tempted — you won’t.” Authentic artistry is vital to the singer/songwriter, and it’s clear that she’s making an impact.

“I want to first and foremost actually touch people’s hearts because every time I write a song, women come up to me and say, ‘Damn, I’ve been through that.’ So I want to be relatable,” she said. “A lot of times I would be scared to write down my feelings or something that women deal with because of who I might be with or what type of friendship I might have. A lot of artists are fearful of that because they don’t want to hurt people’s feelings. But people just have to understand.”