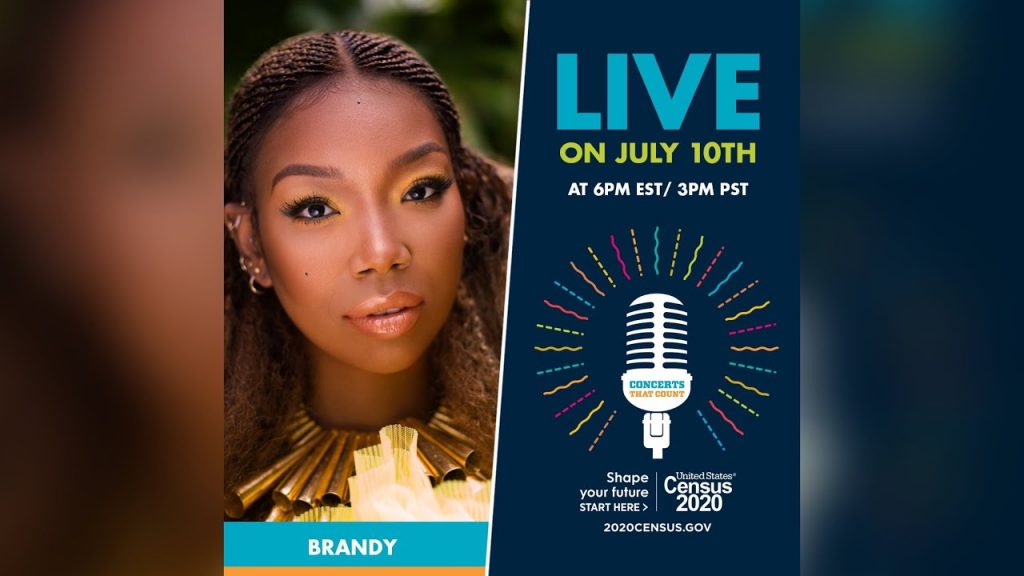 R&B veteran Brandy lent her angelic voice for a great cause last Friday when she performed as part of the 2020 Census Concerts that Count series. With less than three weeks before her new album B7 is released, Brandy treated viewers to a set compromised of both new and seasoned hits. Dressed in a white blazer, hat, elegant sundress, while rocking her signature braids, Brandy looked like she hadn’t aged since the 90s. To top it off, she sounded just as beautiful as she looked. Backed by a two piece band, Brandy performed “Almost Doesn’t Count,” “Best Friend,” “I Wanna Be Down,” Sittin’ Up In My Room,” “Baby,” and “Baby Mama.”

Let’s just make this clear…Brandy DID that. Plain & simple. Brandy’s voice has aged like fine wine. Every album cycle her growth is evident, and her level of musicianship is never compromised. The performance featured new background vocals, new arrangements and she even belted out some of the classic ad-libs from the original recordings. If this is a sign of what’s to come, B7 can’t get here fast enough.

Check out Brandy in action below and be sure to complete the 2020 Census (click here):