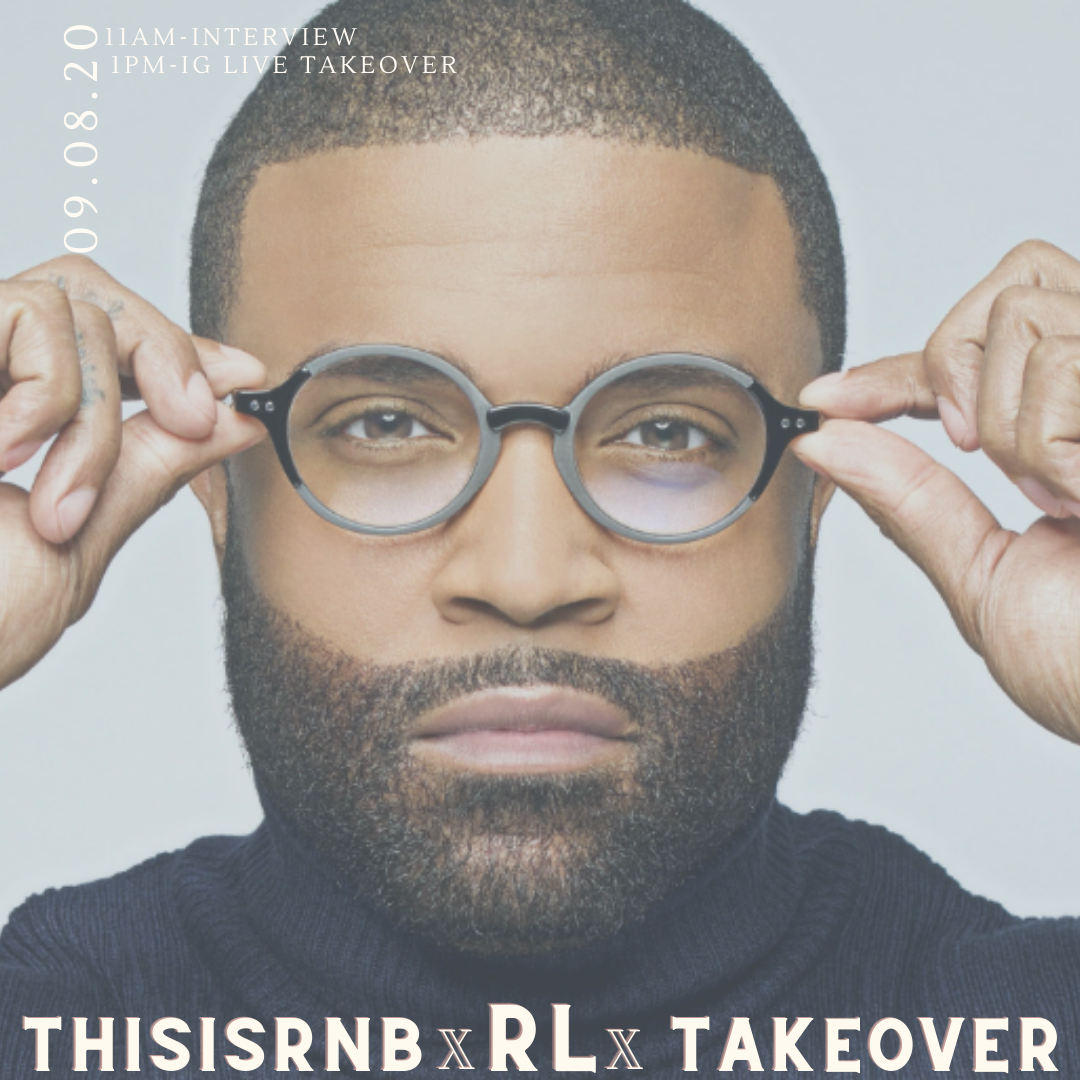 Dynamic singer, lyricist, mega-creative songwriter and producer and multi-talented RL sat down with ThisIsRnB for an exclusive candid and reflective conversation. RL touched on his musical career, NEXT, his personal struggles in hopes of encouraging others, balancing fatherhood and his latest Release “ The Letter J” and so much more.

Undeniably one of the most prolific songwriters out there, RL has written for many artists such as Luther Vandross, Usher, Jamie Foxx, Keith Sweat, Ginuwine, Jaheim, and being featured on Tupac’s “Until The End Of Time” and more. He shares one his fondest yet embarrassing moments with Jamie Foxx. “After receiving tickets to attend a concert at the Fox Theater in Atlanta to see Jamie Foxx perform, Jamie starts to playing the song, I start to sing so loud, Jamie stops the show and looks around and sees me then acknowledges me as the songwriter.” WOW.  RL penned most of the mega-hits by NEXT including “Too Close,” “Butta Love,” “I still love you,” and “Wifey.”

RL revealed one of his biggest regrets was only having performed “We Can’t Be Friends” with Debora Cox once and, “being a little bit jealous that Kenny Lattimore got to perform that song with her over and over again.” When he was in the group Next, “he did not want a solo album” which he shares in full detail during our conversation of how that situation went down.

Earlier this year, RL released a single and video “You Are.” With the visual, he strives to remind women how powerful, essential, intelligent and beautiful they are as this is exactly what the single does. The single also serves as an anthem of love. RL’s current EP ‘The Letter J” dropped yesterday and we are loving everything about it. It consists of four songs inspired by records from various artists whose names begin with the letter J- Janet, Jodeci and Jon B.  It’s a prelude to RL’s upcoming Rtv project that is expected this October.

During our game of “write the hook”, artists are given two random words and have to come up with a hook on the spot. Almost on queue, the incredibly talented and gifted RL came up with some fantastic hooks, not only once but twice. So far, he is the only artist to do so.

RL is such an amazing talent with a warm soul and spirit. We enjoyed every moment of our conversation with him.

Make sure you watch the full interview @11am est and log onto IG to catch our RL live Takeover @1pm est. We will be premiering “The Letter J” you don’t want to miss it!