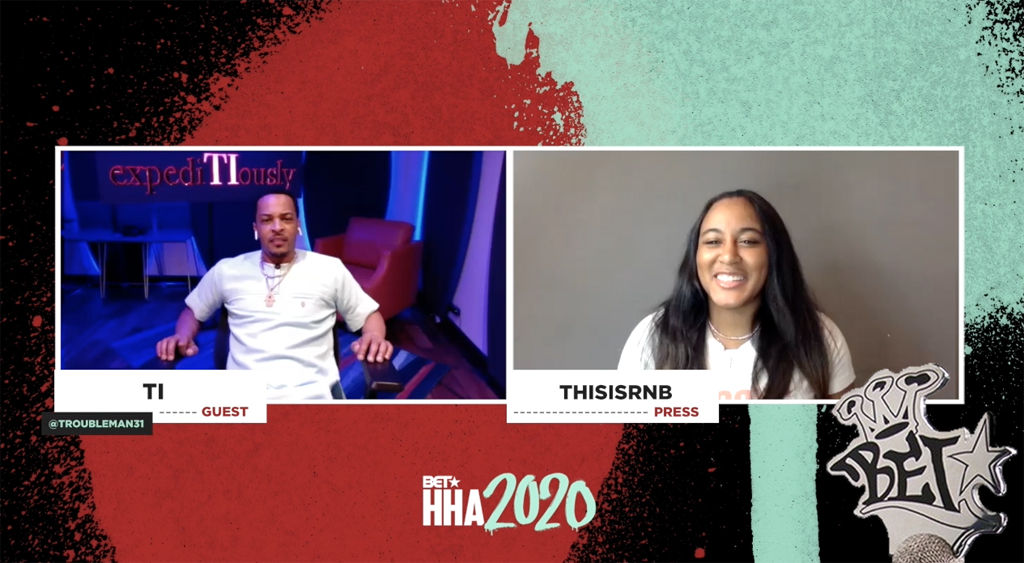 “It’s Your Girl” Yndi B. co-host with ThisIsRnB’s Unfolded had the extreme pleasure of speaking with Atlanta’s “King of The South” the legend and Grand Hustle Records co-founder T.I. at BET’s Hip-Hop Award 2020 virtual press event. He welcomed us with his warm and sexy late night broadcasting bravado using our call letters-“ThisIsRnB” giving everyone within earshot a taste of his southern hospitality. During the chat, T.I. dropped his pearls of wisdom laying them down pound by pound discussing topics including what it meant to have some of Atlanta’s prominent rappers on his 11th album, “L.I.B.R.A. (The Legend Is Back Running Atlanta),” plus the take away from the album.

T.I. is no stranger to using his platform to promote political awareness, voting, and encouraging his follows to support their communities. It’s evident on his powerful and yet raw emotional track, “How I Feel” featuring some the industries leading pens, Eric Bellinger, and Killer Mike. “We Did It Big” is a beautiful tribute to a dear deceased friend, which featured the extraordinary, John Legend.

T.I. touched the hearts and souls of everyone who had the opportunity to engage with him. He is an incredible entertainer who did not disappoint. Watch our interview below, and be sure to check him out at the BET’s Hip-Hop Awards October 27.