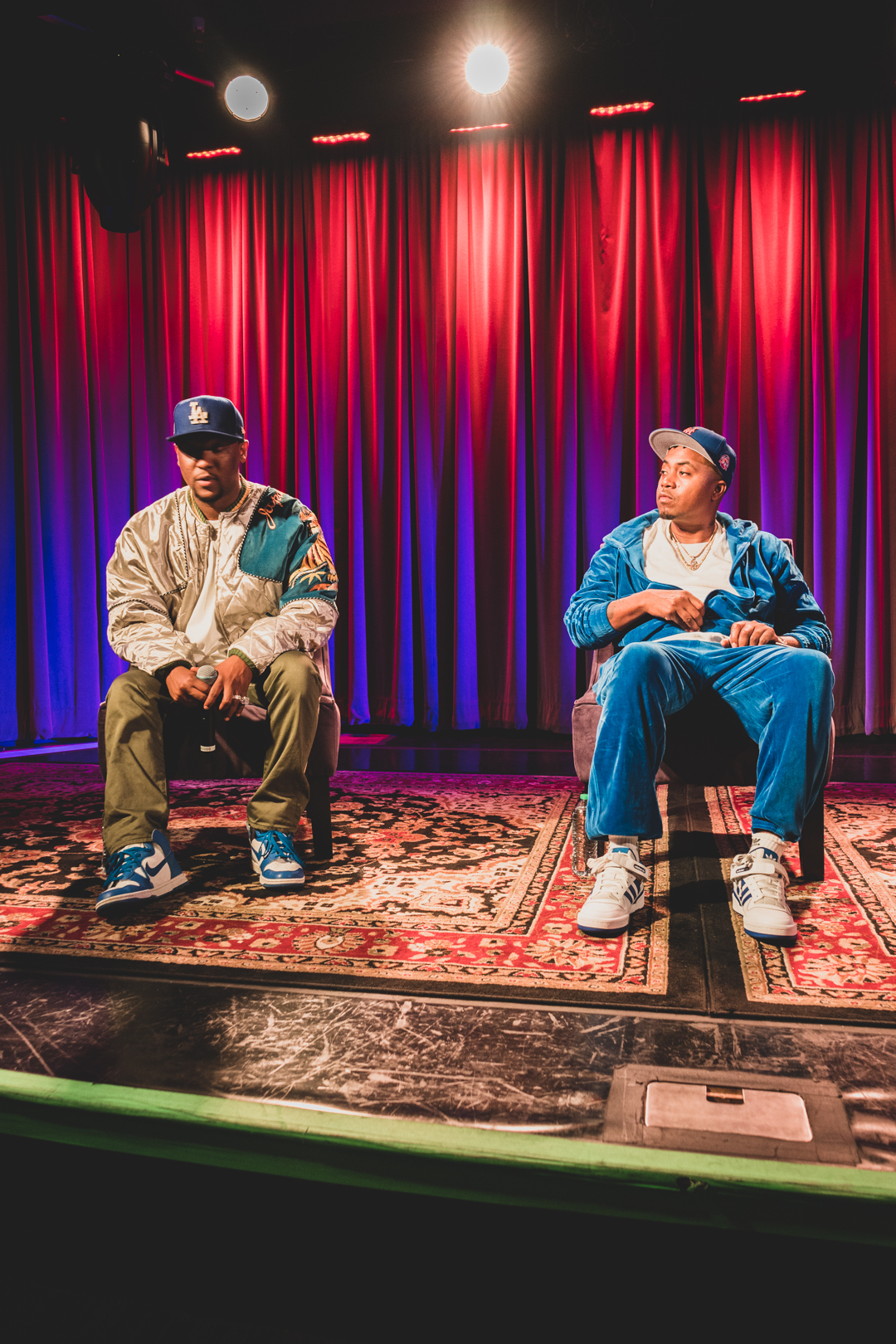 “I don’t listen to anything past 1980. I mostly listen to the oldies, my friends play [the rap music] that I listen to.”

The Grammy Award Winning Rapper declared passionately in a conversation with Hit Boy that was moderated by Carl Lamarre at The Clive Davis Grammy Museum Tuesday night.

As the demand for R&B music continues to grow with acts like H.E.R. leading the way and shattering glass ceilings, Nas, whose music career has spanned 20 plus years told the audience that he would love to collaborate with Stevie Wonder, Lionel Richie, and Al Green on future projects.

The rapper, took home the Grammy for Best Rap Album back in March for his 13th studio album “Kings Disease.”

Fifteen years ago, Nas received his first Grammy nomination for Best Rap Solo Performance for “If I Ruled The World (Imagine That).”

“We were the cool guys with no Grammy’s – that’s gone now.”

After revealing that he doesn’t watch TV, Nas explained how he found out he won his first Grammy.

“My boy and business partner, Anthony Saleh called me and he was like— “are you watching it” and I said Oh Naw you know I don’t watch tv, I don’t even watch this kinda stuff and he started laughing. Sorta interested, I asked “what’s happening now?” because I was a lil excited about it and he was like, you’re up next …I was talking on the phone with my brother, in New York and he yelled, ‘you won’ and I was like Bro. He just said “I Won” and there was silence. Then it was like this is real and we won and it was wow. We Won!,” said Nas.

Nas also shared that his younger self would be proud of him, and his name be known the way MC Lyte and Chuck D’s name are known. Nas went on to explain that “If I couldn’t get in and make a name in music cool – you shoot for the moon and even if you miss you land among the stars. I managed to get a name where a lot of people can say hey, I know him.”  With over 6.5 million followers on Instagram, the Hip Hop legend continues to resonate with true fans through Hip Hop.

His impact has only grown since he first reached international audiences when his track “Halftime” became the opening cut on the “Zebrahead” movie soundtrack back in 1992. He would follow up 2 years later with his highly anticipated debut album “Illmatic” in 1992 under Columbia Records, which was RIAA certified platinum. This proved to be only the beginning of a 20 plus year career that includes top albums like “Nastradamus,” “Stillmatic,” “God’s Son,” and “Street’s Disciple.”

Resting humbly beneath the spotlight onstage of the Clive Davis Grammy Theatre in downtown Los Angeles fans and aspiring artists bombarded the rapper for advice about how to succeed in life and the music business.

“Take your opportunity, don’t rush to sign everything put in front of your face. Think about it, timing is everything. Work on your craft and stay outta trouble because you have to be around. If you know you gotta go home, go home. If the homies are hanging out too late and doing a little too much but you feel like you could be home writing, go home. If you can advise some of your friends to not do this, that, or the other, tell them don’t do it. They might not listen to you but at least you tried.”

“If you’re home, work on your craft. Listen to music. If you’re a writer you’re gonna go through all different types of styles. You might start off writing like Drake then you might try to write like J. Cole – just keep evolving. These artists let them inspire you – you can take inspiration from what they’re doing but find your own voice. We all have one so just keep doing that and stay true to the craft,” said Nas.

His passion for educating was recently realized when he launched his first class “Hip Hop Storytelling,” where he teaches students how to tap into the power of their own voices and turn their experiences into music. The class, available on masterclass.com, features 12 video lessons totaling 1 hour and 51 minutes where students learn multiple disciplines like rapping and rhyme schemes, using poetic lyrical techniques, and much more.