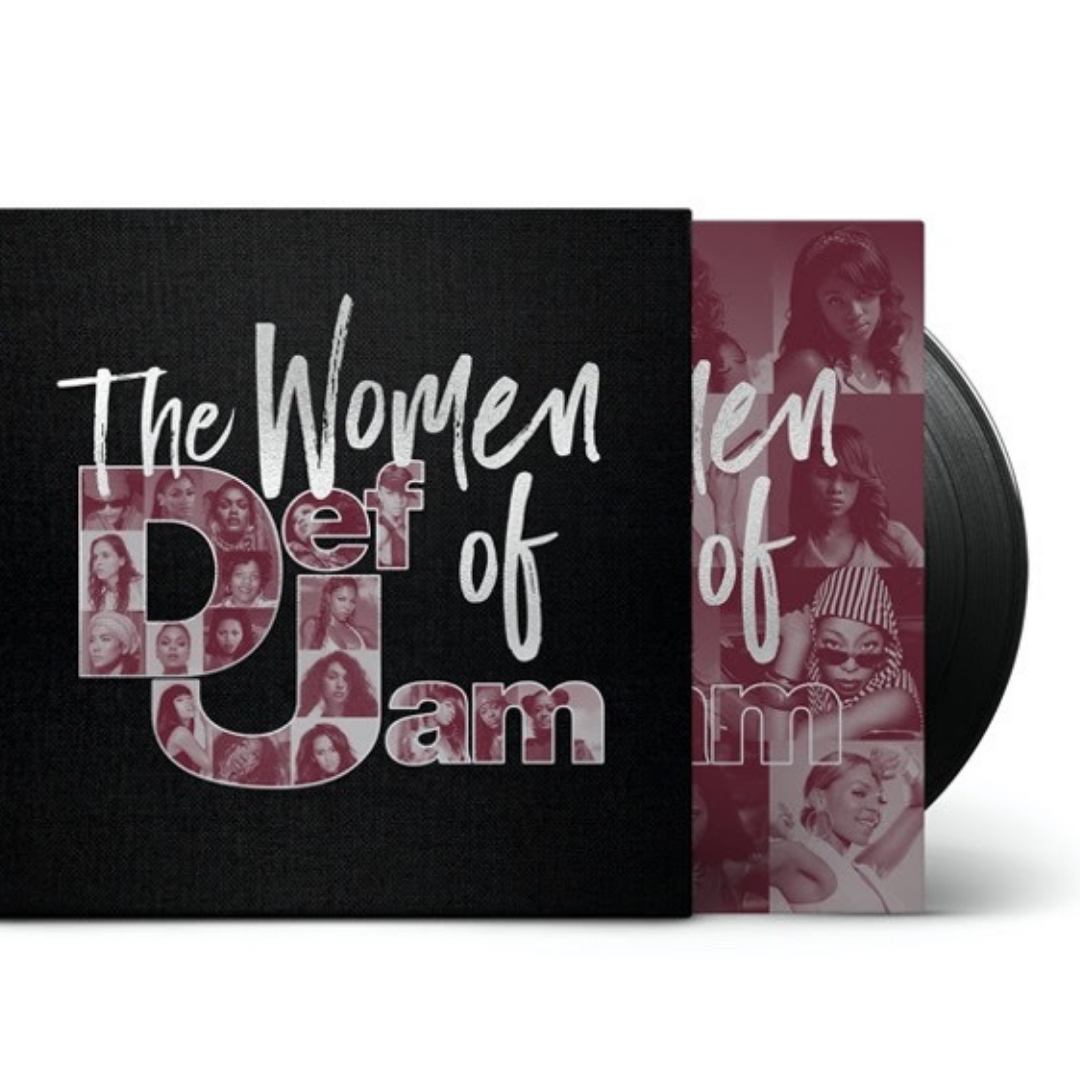 In proud celebration of Women’s History Month, “The Women Of Def Jam”– a 24-track compilation showcasing some of the greatest female artists in the storied history of the world’s premier hip-hop record label– arrives at all platforms today via Def Jam Record­ings.

Available now as a collector’s edition Triple-LP box set,The Women of Def Jam features a who’s who of legendary, lauded, platinum-selling and Grammy-winning artists, from Nikki D, Foxy Brown, Boss and Ashanti, to Amerie, Teyana Taylor, Alessia Cara, Rapsody, Jhené Aiko.  A first-time ever collection in tribute to the women whose music has dominated hip-hop and R&B from the ’90s to the present,The Women Of Def Jam pays long-overdue homage to the record label whose staff, at every level, comprises the most inclusive and diverse group of female executives in the industry today.

“There are so many amazing stories to tell about Def Jam today and how women have been positioned across the company,” says Tunji Balogun, Chairman & CEO, Def Jam Recordings.  Indeed, Def Jam is home to one of the most inclusive and diverse group of female executives in the industry. Over half of the Def Jam staff are women, including seven women of color in senior executive positions.  Two of the three executive leaders are women. Of ten department heads, eight are women.

More: For the first time since 2007, Def Jam has an all-female Marketing staff. And Def Jam has never had as many women on its A&R staff as it does today.  “All of which is to say,” Balogun concludes, “there is a lot to celebrate at Def Jam for Women’s History Month.”

“We’re incredibly proud of this dynamic group of leaders and future leaders,” said Def Jam EVP/GM Nicki Faragand Def Jam EVP/President 4th & Broadway LaTrice Burnette. “Def Jam has always been about setting the tone and leading the culture. The women of Def Jam are doing that every day.”

Nearly four decades since it was founded in 1984, Def Jam remains the world’s number one hip-hop destination. As rap culture has grown into a global, genera­tion-defining phenomenon, so too has Def Jam’s music and lifestyle grown into a globally recognized brand; synonymous with creativity, quality, authenticity, and diversity.  Throughout its proud history, women – both executives and artists alike – have left an indelible stamp on Def Jam’s legacy, and through their creativity, leadership and mentorship, have blazed a trail for the next generation.

Now take a journey through time with THE WOMEN OF DEF JAM.  Featuring some of the most legendary tracks from its rich catalogue, this collection is a must-have for music lovers.